A Video that Reminds Us Why Journalism is Core to Democracy 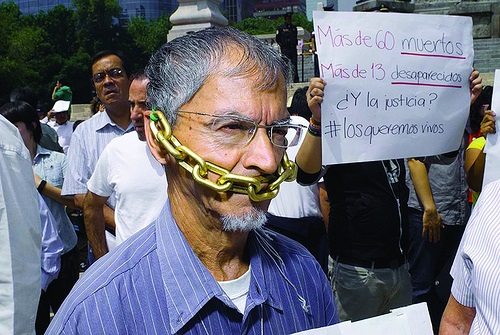 Every year, the International Center for Journalists offers the Knight International Journalism Award, given to those who evince a “passionate commitment to excellent reporting that makes a difference to the lives of people around the world.” On November 7th, the award was presented to Umar Cheema and Roman Anin.

Anin, who gave this moving acceptance speech that should be a “must view” for people working for justice, works with the Organized Crime and Corruption Reporting Project, and is a Novaya Gazeta reporter. He was recognized for an investigation that uncovered the fact that nearly a billion dollars was spirited out of the Russian treasury, turning up again in offshore accounts and shell companies linked to Russian officials and their cronies. This type of reporting has proved very dangerous in Russia, and Anin’s acceptance speech is well worth watching to remind ourselves of the importance of investigative reporting to a democracy. In his speech, Anin pays tribute to Sergei Magnitsky, who was falsely accused of a US$230 million tax fraud he actually fought to uncover, and to four other journalists who were, in the last decade, murdered for their investigative reporting for the Novaya Gazeta.

You can view the speech below:

Also honored was Umar Cheema, who reports from Pakistan, where investigative reporters are often attacked and murdered. Cheema was kidnapped and tortured in 2010 for writing stories critical of government, but that has in no way stopped him. The News reports, “Two years ago, Cheema founded the Centre for Investigative Reporting in Pakistan. In its initial report, he analyzed the tax records of 446 lawmakers and ministers. He discovered that nearly 70 percent of legislators did not file income taxes in 2011, including President Asif Ali Zardari. After his story ran, the government instituted rules forcing candidates in contested elections to submit tax returns and charged tax shirkers a penalty for past evasions.”

Civil society depends upon these kinds of freedom fighters to provide the truths that we work with to change systems as they need to be changed. We owe a deep debt of gratitude to Cheema, Anin, and the hundreds of other journalists who place themselves in danger each day to ensure that the public has the facts they need in order to make decisions.—Ruth McCambridge