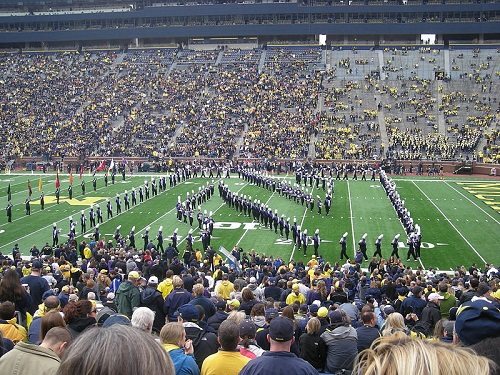 The members of the Northwestern University football team have put the lie to the concept of “dumb jocks.” Wildcat quarterback Kain Colter says that the players for this nonprofit university need union representation just like the players on NFL teams, but in this case, they need their rights defended against the universities that “employ” them and against the National Collegiate Athletic Association (NCAA).

“The system resembles a dictatorship where the NCAA mandates rules and regulations that players must abide by without any input or negotiation,” Colter told a press conference. As a result, Colter and his team members have formed the College Athletes Players Association (CAPA) and filed a petition with the National Labor Relations Board.

College football players are unpaid, but do get part or all of their tuitions covered. However, they generate huge revenues for the schools and the NCAA in the form of billions of dollars’ worth of television contracts, sponsorships, ticket sales, and merchandise purchases. The NCAA didn’t take kindly to the CAPA petition, declaring the football players to be “student-athletes,” not employees, and that the union effort undermines the primary purpose of their participation on college football teams—getting a college education. There might be additional reasons for the NCAA’s strident opposition, including a pending class action suit regarding the NCAA’s alleged failure to provide information and support for college players facing the prospect of head trauma; last year, a federal district court judge granted current and past college football players class-action status in this case.

The Northwestern players are being supported by the United Steelworkers union, which has committed to pay the costs of CAPA’s legal fees in dealing with the NCAA at the NLRB. They are also endorsed in theory by the NFL Players Association, which in 2012 issued a statement in support of the National College Players Association (which is providing help to CAPA) for its efforts on behalf of “basic rights and protections for future NFLPA members.”

In negotiating with private universities, CAPA and potential unions of football players like CAPA are dealing with big businesses. For example, the football program at the University of Notre Dame generates hundreds of millions in revenues every year. It makes sense that the people whose “labor” generates those revenues would want to negotiate a deal for a larger share of the income beyond what the schools pay for their scholarships.

The press hasn’t quite made the connection between the Northwestern University football players’ request for union representation and the union organizing efforts of university graduate students. Slowly, against the opposition of many universities, grad students who function as teaching assistants are making headway. Last month, graduate teaching and research assistants at New York University voted 620 to 10 to affiliate with the United Auto Workers. The universities (and many professors) have been responding to the grad students much like the NCAA has responded to the football players: Teaching assistants and researchers, they say, aren’t really employees and should focus on their studies instead. Similarly, grossly underpaid adjunct professors believe that they should be getting a better share of the revenues they help universities generate and have been organizing on several campuses with the help of an organization called the New Faculty Majority. With adjuncts as well, universities and often professors as well don’t want to see adjuncts admitted to the club of employees who should be given employee rights and other protections.

The potential success of their organizing will probably not help the players currently on the team, as most will probably graduate before the NLRB rules on CAPA after the university protests and runs out of potential appeals. Success might be measured not in terms of what helps Colter and his teammates, but whether their successors as Northwestern Wildcats, as well as members of other college football teams, are able to get a better break in the multi-billion dollar industry of collegiate football.—Rick Cohen