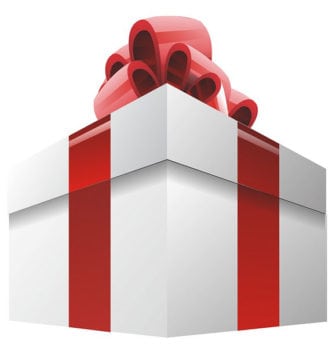 Ronald McDonald House Charities (RMHC), a national nonprofit that provides housing and supportive services for families with hospitalized children, announced their largest donation in history on Monday—a $100 million gift from AbbVie, a Chicago-area pharmaceutical company. According to RHMC, the donation will enable the nonprofit to “build family-centered spaces and more than 600 new guest sleeping rooms in at least 26 states and at 32 Ronald McDonald Houses. This will allow for approximately 230,000 additional night stays for pediatric patients and their families each year.” This expansion is expected to occur over the next two years.

According to RMHC’s latest IRS Form 990 report, the organization had $49.6 million in gross receipts and $36.7 million in revenues in 2016, highlighting the significance of the gift. These numbers, however, do not include the finances and operations of the many separately incorporated local Ronald McDonald House affiliates. (As NPQ noted a few years ago, despite the “McDonald” name, historically only about 20 percent of the organization’s donations come from McDonald’s).

AbbVie joins a growing trend of companies making large investments in a single-issue area or organization that aligns with their business purpose or motivations. Another similar-sized example is JPMorgan Chase’s $100 million, five-year investment in the economic revitalization of Detroit, where the bank maintains a 65-percent market share in the consumer banking market.

Melissa Walsh, vice president of the AbbVie Foundation, points to RMHC’s resonance with AbbVie’s: “Their mission resonates with our mission in really treating the whole patient, which means treating the whole family.” AbbVie, a new player in the highly competitive biopharmaceutical market, is also doubtlessly trying to build its national brand using the increasingly popular lever of philanthropy and corporate social responsibility. AbbVie’s current homepage prominently touts its partnership with RMHC.

Gifts this large are typically intended to significantly level up the operations and reach of the nonprofit recipient and its mission. When the injection of capital represents such a significant increase over current operations (increasing revenues by 60 percent in the case of RMHC, assuming the grant is spread over the two years that is cited for the rebuild), it can pose significant and unanticipated challenges in scale and an uptick in long-term expenses after the grant monies have been spent.

For the RMHC family of organizations, those additional facilities will also generate annual ongoing expenses for staffing, maintenance, and development. (And where will those sustained funds come from in a philanthropic environment that deprioritizes capacity building and facility needs?) Should investments of this kind continue, there will also need to be a deeper focus on the “offboarding” process and understanding of the true costs, as well as benefits, of these game-changing grants.—Danielle Holly