Tiny Spark is an independent news program and podcast that reports on philanthropy, nonprofits, and international aid. It was acquired by The Nonprofit Quarterly in 2018.

Tiny Spark was founded in 2011 by former Africa correspondent Amy Costello and has included an investigation into Toms Shoes and exposed the harm caused by medical volunteers in post-quake Haiti. The program also features in-depth interviews with leading voices from the world of nonprofits, philanthropy and international aid.

A number of leading news outlets have cited Tiny Spark investigations, including Slate, The Atlantic and Mother Jones. Our work has also been featured on NPR, The Chronicle of Philanthropy and The Guardian. We co-produced an investigative series with PRI’s The World called Tracking Charity as well as a series on sexual abuse among humanitarian aid workers.

Tiny Spark is supported by a grant from The William and Flora Hewlett Foundation.

Amy has spent nearly two decades reporting on some of the most pressing human rights issues of the day. For four years, she was the Africa Correspondent for PRI’s The World, a co-production of the BBC World Service, PRI and WGBH Boston. Her stories were heard by millions of listeners across the United States and around the globe.  She has reported for NPR, PBS television, and the BBC World Service.

During her time in Africa, Amy traveled extensively across the continent, producing in-depth, documentary-style radio reports on topics ranging from American anti-terrorism efforts in the Horn of Africa to sexual abuse by United Nations peacekeepers in the Democratic Republic of Congo and Sierra Leone. She has reported many stories on children in Africa, including child laborers in Ivory Coast, AIDS orphans in South Africa, and Ethiopian children bound for adoptive homes in the United States.

Amy visited Darfur, Sudan to investigate allegations of genocide for the PBS television program, FRONTLINE/World. During her three-week tour, Amy traveled with rebel soldiers, African Union troops, and civilians who had been displaced by the violence. She confronted militias and government officials accused of carrying out the genocide. Her story, Sudan: The Quick and the Terrible was nominated for an Emmy Award.

Amy was a producer at NPR for three years before she moved to Africa.  She has worked as an adjunct professor at the Columbia University Graduate School of Journalism, her alma mater. After returning to the US, Amy continued to report on human rights issues, moderating podcasts for UNICEF, Human Rights Watch and the PBS television miniseries, Women, War & Peace. She also reported a follow-up story for FRONTLINE/World on the PlayPump, a celebrated idea designed to “do good”.  Along the way she uncovered myriad problems with the technology, an experience which would become the impetus for launching Tiny Spark. She lives in Austin, Texas. 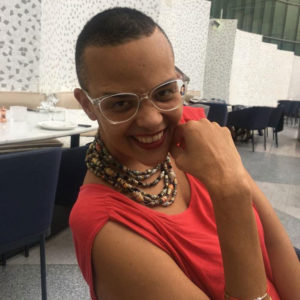