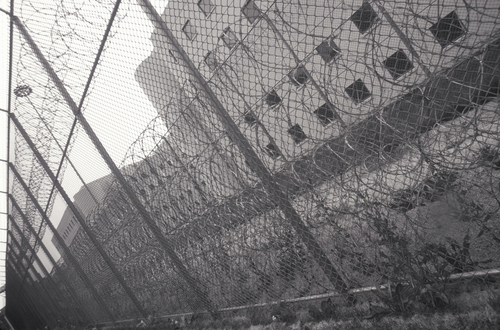 NPQ has written repeatedly about the fact that jails and prisons have taken up the slack for a lack of sufficient services for people who have mental illness. As Nicholas Kristof wrote in the New York Times in 2014:

“The largest mental health center in America is a huge compound here in Chicago, with thousands of people suffering from manias, psychoses and other disorders, all surrounded by high fences and barbed wire. Just one thing: It’s a jail. The only way to get treatment is to be arrested.”

Kristof was talking about the Cook County Jail.

So, the obvious answer here is to build a system of mental health services that diverts people from having to get arrested to get treatment—right?

But faced with what seemed an intractable situation recently made far worse by budget cuts, Cook County Sheriff Tom Dart named a mental health professional to run the second-largest jail in the U.S.

Dart held a press conference on Tuesday, May 19th, to announce the hiring of Nneka Jones Tapia, a clinical psychologist with extensive experience in the corrections setting. Jones Tapia said that the entire staff of the jail would be trained in how to recognize and react to signs of mental illness in inmates. (Sheriff’s officials estimate that 25 to 35 percent of the 8,000-inmate Cook County Jail population suffers from some form of mental illness.)

The sheriff’s decision comes after Illinois Governor Bruce Rauner’s recent proposal to slash funding for community-run psychiatry centers, housing programs, and social workers who counsel the mentally ill. Members of the corrections community in the state warn that the budget cuts will cause jails and prisons to shoulder even more of the burden of caring for people with mental illnesses, at even greater cost.

Jones Tapia did tell the Chicago Sun-Times that individuals suffering from mental illness do not belong behind bars. In her previous role in the sheriff’s office, she launched an off-site therapy and job-training program for nonviolent inmates to prepare them for success after their eventual release.—Nadia Pflaum