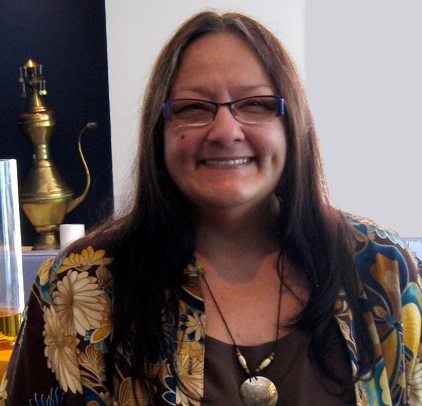 Among those picked by President Obama to receive the Presidential Medal of Freedom, including such luminaries as Stevie Wonder, Meryl Streep, and Tom Brokaw, is one whose presence is worth noting here in the NPQ Newswire: Suzan Harjo.

Part Cheyenne and part Muscogee, Harjo is the former executive director of the National Congress of American Indians (NCAI) and the former White House liaison to Congress for Indian issues under President Jimmy Carter. She currently serves as president of the Morning Star Institute, a small Indian rights organization based in Washington, D.C.

For NPQ, one special dimension of the importance of Harjo on the list to receive the nation’s highest civilian honor is her role in objecting to the racially disparaging name of the Washington NFL team owned by Daniel Snyder. She was a leader in the lawsuit filed in 1992 to get Snyder’s team to change its name. Her name was on the lawsuit that went through the Court of Appeals but was ultimately rejected by the U.S. Supreme Court in 2006, resulting in the continuation of the team’s very troubling name.

Although Snyder has dismissed his critics as somehow misguided, failing to appreciate the honor and respect he thinks the team’s name shows to Native Americans, Harjo’s case was not only supported by the National Congress of American Indians, but the legal team for the case included the highly respected Native American Rights Fund (NARF). In 2013, a new group filed suit along the same lines as in Harjo et al. v Pro Football Inc., and so far, Blackhorse et al. v Pro Football Inc. has succeeded in getting the trademark protection for the Washington NFL team’s racial slur removed, though Snyder is appealing. “Blackhorse,” it should be noted, is Amanda Blackhorse, a Navajo who was recruited by Harjo for the new case.

Do recall what defeated Harjo in her case. It wasn’t the merit of whether the name of the team was a racial slur. It was the legal concept of “laches,” or whether the plaintiffs waited too long in bringing the case. Given the array of plaintiffs in Blackhorse, Snyder and the NFL may not be able to use the laches defense this time around, which will make the appeals deal with the substance of the case—that is, the plaintiffs’ ability to demonstrate that the team’s name really is disparaging to Native Americans—rather than a legal technicality. One might wonder if the Native American beneficiaries of grants and assistance from Snyder’s ersatz Original Americans Foundation will be called on to offer testimony that the name of the team is somehow really an honor.

Sadly, the movement against the team name has taken off in recent months and years not because of the dogged activism of Harjo and others, but because prominent non-Indians are finally rallying to the cause. Nationally, it was probably the essay from broadcaster Bob Costas that moved the needle the most. During the halftime of a game between the Washington team and the Dallas Cowboys, Costas said that the Washington team’s name “can’t possibly honor a heritage or noble character trait, nor can it possibly be considered a neutral term. It’s an insult, a slur, no matter how benign the present day intent.”

In an interview on ESPN’s Outside the Lines, in which Costas faced off against former Washington tight end Chris Cooley, who denounced the campaign against the name as “PC correctness,” Costas explained further:

“Distinctions need to be made…And to me, here’s the key, all other concerns and arguments aside—[the Washington NFL franchise team name] is a dictionary-defined slur and insult. Not by one dictionary, but by every one I’ve consulted, and I’ve consulted several. ‘Term of disparagement,’ ‘pejorative,’ ‘insulting,’ ‘offensive,’ ‘a slur.’ None—none—of those terms is ever applied in any dictionary to nicknames otherwise associated with Native Americans, like Braves, Chiefs or Warriors. As I said at the time, objections to those nicknames, unless those objections had to do with rituals or symbols that were blatantly insulting, objections to those nicknames is actually political correctness run amok.”

Truth be told, Costas might not have made that statement last year had it not been for the activism of Harjo and her allies. It is sad that this nation waits for non-minorities to validate and legitimize the concerns of African-Americans, Latinos, and in this instance, Native Americans before giving them their due.

A story from Harjo herself makes the case much more compellingly and personally. She and her husband moved to Washington, D.C. in 1974 and, as football fans (she was from football-crazy Oklahoma, where she helped convince the University of Oklahoma get rid of its “Little Red” mascot), they got tickets to an NFL game. As Harjo told Business Insider:

“We’re football fans and we can separate the team name from the game, so we went to a game. And we didn’t stay for the game at all, because people started—someone said something, ‘Are you this or that?’ So, we started to answer, then people started like pulling our hair…and they would call us that name and it was very weird for us. So, we just left and never went to another game. […] That just solidified it for me because it wasn’t just name-calling, it was what the name had promoted. That’s the example of what objectification is. You strip the person of humanity and they’re just an object and you can do anything. You can pull their hair! I wouldn’t even touch someone else!”

Congratulations, Suzan Harjo. For a lifetime of amazing work, you truly deserve the Presidential Medal of Freedom. Let’s hope that the nonprofits and foundations of this nation learn from your presence on this list and publicly join you, Amanda Blackhorse, and others in rejecting the racial slur under which the Washington team’s players take the field every week during the NFL season.—Rick Cohen

[Full disclosure: During this author’s employment at the National Committee for Responsive Philanthropy, Harjo’s successor at the NCAI, JoAnn Chase, and the executive director of NARF, John Echohawk, were on the NCRP board of directors at one time or another.]

Also awarded the Presidential Medal of Freedom, albeit posthumously, were three civil rights workers—James Chaney, Andrew Goodman, and Michael Schwerner—who were killed during “Freedom Summer” in 1964 by members of the Ku Klux Klan. Read more about them here.