Last week, the UN released a report calling on the Republic of Ireland to amend its abortion policies, which it found violates women’s human rights. While Northern Ireland may be politically a part of the United Kingdom, its abortion laws are largely in stride with Ireland’s policies. As such, across Ireland, abortion is criminalized except in certain circumstances, such as when the mother’s life is endangered by the pregnancy. Perhaps emboldened by the UN’s report last week, activists and advocates in Northern Ireland used a drone to drop abortion pills in protest of the abortion laws on Tuesday.

Women on Waves, a Dutch pro-choice group, collaborated with Northern Irish group Alliance for Choice, a group called ROSA from the Republic of Ireland, and Northern Irish group Labour Alternative to deliver two drugs, mifepristone and misoprostol, which when taken will induce an abortion up to nine weeks into a pregnancy. The pills were delivered by first crossing the border from the Republic of Ireland into Northern Ireland. For Women on Waves, this is not the first time they have delivered abortion pills via drones. Last June, they also airlifted abortion pills to Poland and Germany.

The World Health Organization lists both drugs as essential medicines and has approved them for use since 2005, but taking such pill is a prosecutable offense in Northern Ireland, punishable up to life imprisonment (and up to 14 years in the Republic of Ireland). In a recent case, a Northern Ireland woman received a suspended three-month sentence when her roommates reported her for buying and using abortion pills to terminate her pregnancy.

According to Women on Waves, dropping the medicine in Northern Ireland was not illegal and no laws were broken. While police officers were at the site and took photographs of the event, none intervened.

“Abortion is criminalized in both Northern Ireland and the Republic. We sent the pills across the border today as an act of solidarity with women in [North Ireland] who are currently facing prosecutions,” said ROSA’s Rita Harrold in a statement. “This is outrageous. Today’s action is a clear message of intent—north and south, we will build an unstoppable movement of women and young people until women have the right to control their own bodies.”

Courtney Robinson, 18, from Belfast, took the pills that were airdropped. “We are here to say we are going to defy the law in helping women obtain these pills and we are going to work to make the law unworkable and stand in solidarity with all women who want to have an abortion and have the right to do so in Northern Ireland.”

As noted by the UN’s report, which centered around one woman’s complaint about the country’s abortion laws, Irish women seeking to terminate their pregnancies must leave the country to do so. Understandably, many cannot afford the cost of traveling abroad for the procedure, drastically limiting their access. In part, the report called on the Republic of Ireland to provide such access and train their healthcare personnel to provide useful information to patients about where access is available. While the report’s recommendations were not directed at Northern Ireland, the situation is much the same and women continue to suffer.

“Thousands of women suffer every year in Northern Ireland and the Republic having to travel abroad for abortions and go through very traumatic times. We feel now is the time to change legislation,” said Lucy Simpson from Belfast, who also took the pills.—Shafaq Hasan 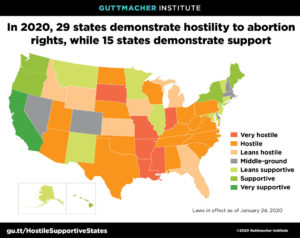 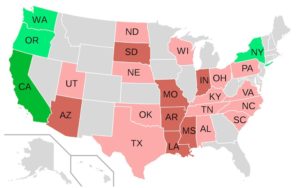