Activists Allege Hypocrisy at the Paralympics 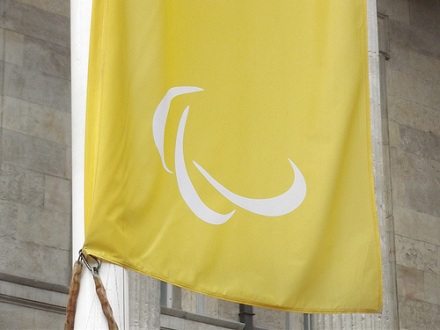 We only recently discovered Australian blogger Colin Penter, but we admire his straight-to-the-point commentary about the challenges, problems, and paradoxes of the nonprofit sector. He writes here about the “paradox of the Paralympics,” which he defines as “the disconnect between the positive attitudes to disability on display inside the Olympic stadiums and the experience of people with disabilities in the wider British society where intensive Government cuts are creating immense suffering for disabled people and increasing hostility towards people with disabilities.” Penter points out that activist groups such as Disabled People Against Cuts (DPAC) have been critical of some dimensions of the Paralympics, including the corporate sponsorship of the Paralympics by a French IT firm called ATOS which the government of Prime Minister David Cameron has hired to conduct assessments that Penter says “rob disabled people of their benefits.”

Penter draws on an article by DPAC activist Dave King in which King leaves no doubt as to where he stands on the topic:

“If I am forced to swallow one more dose of Paralympics hype syrup, I will throw up. With the Olympics, the shock and awe blast of nationalist triumphalist machismo was at least familiar – this is just the capitalist-spectacle-as-usual. But with the Paralympics we have seen the addition into this cocktail of a supremely powerful and toxic ingredient, the opportunity for liberals to feel good about themselves for supporting the underdog and ‘progress in the fight against prejudice’. It is this thick coating of syrup which has confused even radical disability rights advocates, and is making it almost impossible for critics to speak out, except about the blatantly obvious outrage of Atos as sponsors. But the truth is that, despite all the hopeful talk about how the Paralympics are going to revolutionise people’s ideas about disability, the ideas and values at the core of the Paralympics are the precise opposite of the values of disability liberation. (I write this as a disabled person, one who has undergone one of Atos’ medical assessments and been found wanting, and who is suffering financially as a consequence.)”

Penter cites Kalya Franklin, a disability rights activist who writes the fabulously titled Benefit Scrounging Scum blog, who discusses the paradox between the many accommodations in access and transportation for the disabled at the Paralympics, which she described “as a utopian fantasy of where we need to move towards as a society,” and the Cameron government’s planned 20 percent cut in the disability living allowance.

In the U.K., there is a strong spirit of activism among the disabled. In the Guardian, Patrick Butler writes of spirited political activism using social media, including the “We Are Spartacus” campaign on Twitter that made the cuts to the disability living allowance a national political issue. The consistent coverage of disability issues in the U.K., heightened by the campaign against the “ATOS Games” (the term of derision protesters have used to describe the Paralympics), is pretty remarkable. Can NPQ Newswire readers tell us about disability activism in the U.S. approaching the vigor and visibility of the kind referenced by Penter?—Rick Cohen