ADAPT Activists to Media and Progressives: Check Yourselves

Robyn Powell, writing for Rewire, reported on the activists who staged a “die-in” in the hallway outside Senator Mitch McConnell’s offices last week on the day the Senate Republican version of the ACA “repeal and replace” bill was released. The protest, organized by the disability activist group ADAPT, was trying to call attention to certain side effects of the proposed $800 billion in draconian cuts to Medicaid contained in both the House and the Senate bills.

Though she was pleased with all the attention the media gave the action, the tone of some of that coverage and some of the tweets made in response to those stories worried her. ADAPT, of course, has an impressive 30-year-long history of grassroots-fueled direct action—including civil disobedience, as she points out. But, for some reason, the press covered the action as if it were an oddity, with headlines like, “Police drag away protesters in wheelchairs from Mitch McConnell’s office.”

ADAPT originated in the 1980s to advocate for accessible public transportation. Today, the group focuses its efforts on fighting for home- and community-based services that enable people with disabilities to live in their communities rather than in nursing homes or institutions. While it received far less media attention, ADAPT protested in May 2017 in front of the White House and at the U.S. Capitol building, demanding passage of the Disability Integration Act—which would make home- and community-based services a civil right—and opposing cuts to Medicaid. In fact, 83 protesters with disabilities were arrested at the White House last month.

Shortly after this news began to break, however, I began seeing messages on Twitter questioning whether people with disabilities had the mental capacity to choose to protest. Some people remarked that Democrats forced people with disabilities to protest. Notably, one Fox News contributor tweeted, “Protestors [sic] in Capitol also appear to be very fast readers,” suggesting that they had not read the bill and did not know why they were protesting. Others questioned whether the protesters actually had disabilities.

This questioning of the protesters’ competence is offensive. As leaders of ADAPT explained to ABC News, this action was planned well in advance. The protesters were at the Capitol because of their fears and outrage concerning the proposed draconian cuts to Medicaid: The House healthcare bill included such drastic changes, and ADAPT correctly guessed the Senate bill would be similar.

She goes on to make the point that conservatives were not the only ones to get the story wrong. For instance, she writes, someone at the American Civil Liberties Union (ACLU) tweeted, “We can’t believe this needs to be said, but it’s not okay to drag people out of wheelchairs when they’re protesting legislation.” She writes that mainstream media and progressives alike “focused on the optics of the arrests rather than the issue, often sensationalizing the protests. As ADAPT has explained, their members were well aware they would likely be arrested. Most have been arrested before for similar direct action. Civil disobedience is a vital part of ADAPT’s activism and is the cornerstone of their success. Just like nondisabled people risk being arrested when engaging in civil disobedience, people with disabilities knowingly and willingly take the same chances. For them, the risk is worth it.”

ADAPT’s protest happened because people with disabilities are facing significant and imminent risk from proposed cuts to Medicaid. Indeed, just yesterday, the Congressional Budget Office issued its score, showing that the Senate’s proposed healthcare bill would cut Medicaid spending by more than $700 billion over the next ten years. One in five adults in the United States has a disability, and 30 percent of adults with disabilities receive Medicaid.

Powell was born with arthrogryposis, which affects her muscles and joints. She writes, “I use a power wheelchair and have no use of my legs and limited use of my arms. I have received Medicaid most of my life. Medicaid pays for my durable medical equipment, such as my power wheelchair that needs to be replaced every five years and costs $30,000. Medicaid also pays for my personal care assistant (PCA) services, which allow me to live in the community. Throughout the day, PCAs assist me with my personal care needs. If I did not have PCA services, I could not live independently. I also could not work and pay taxes.”

A similar story in Vox by Stephanie Woodward, another ADAPT activist, reiterates many of the points made by Powell, revealing a second tier of a media strategy that is an attempt at revealing the terrible damage that could be done through this so-called healthcare bill. She also writes of the loss that she might have suffered without Medicaid:

I was born a disabled child with spina bifida into a working-class family with Republican ideals. My father quickly learned that no amount of pulling on his bootstraps would get his disabled child health care coverage.

I needed countless surgeries, medications, and wheelchairs to keep me alive and independent. I had more than 15 surgeries on my spine, legs, and feet before I turned 10. I still have an affinity for hospital food because I ate it more often than I ate home cooked meals. It is no exaggeration when I say that my family depended on Medicaid to keep me alive. I was a Medicaid recipient until I graduated from law school when I was 25 and got a job with private insurance. I would not be here today if it wasn’t for Medicaid.

Long story short, the loss of hundreds of billions of dollars in federal Medicaid funding is shortsighted and inhumane public policy that would essentially curtail the liberties of the elderly and millions with disabilities, many to the degree of an unconscionable form of incarceration. It would create untold and often irreversible harm to low-income children and adults. Why did the media not pay more attention to that very real impending tragedy rather than the die-in? That, not the dragging of protesters from their wheelchairs, Powell writes, is the real story.—Ruth McCambridge

Correction: This newswire has been altered from its original form. Ms. Powell was not one of the protesters. 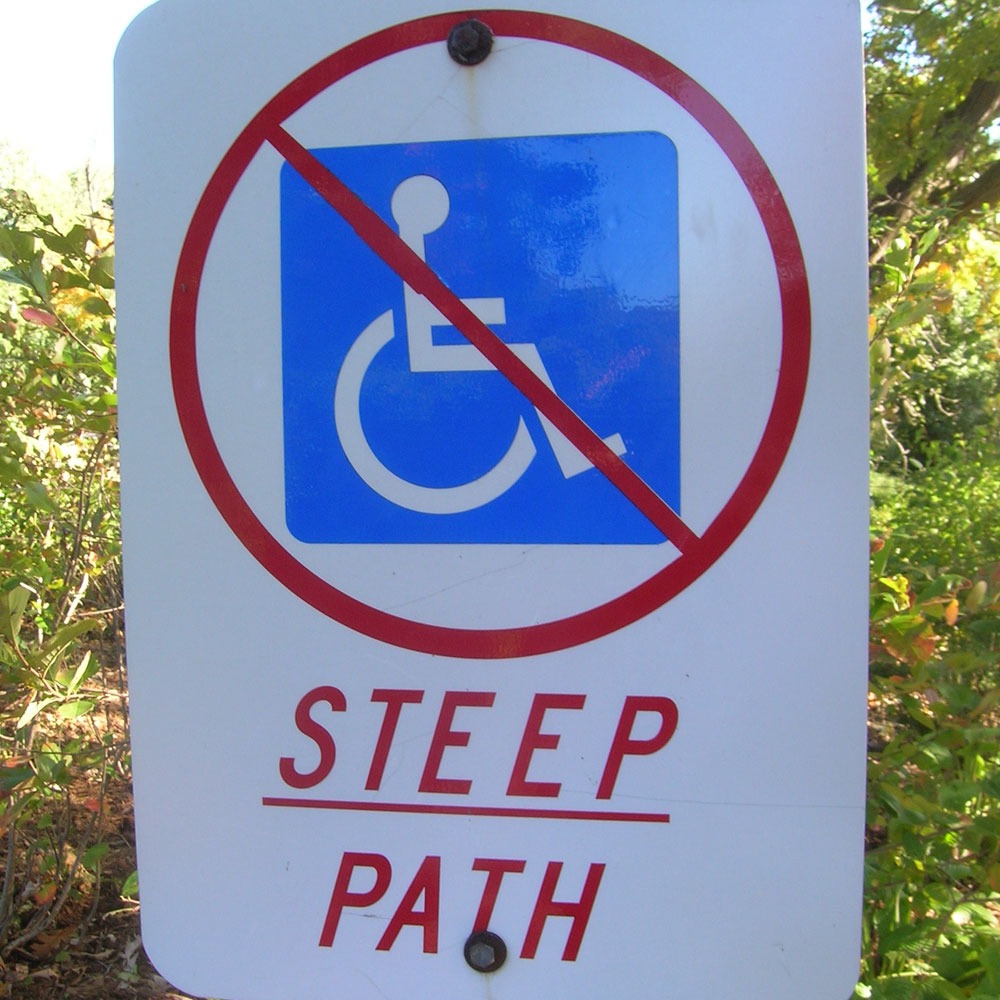