Advice for Nonprofits from the Republican Party’s Election Post-Mortem 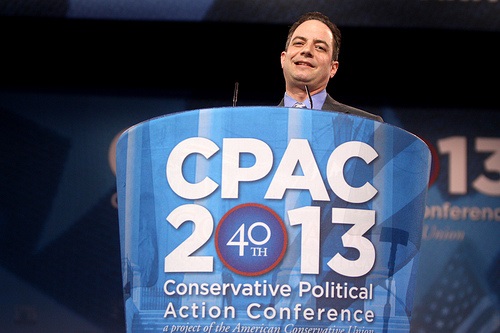 The big flaw in the Republican National Committee’s (RNC) post-mortem on why Republicans took it on the chin in national elections last fall is its failure to acknowledge that a majority of the electorate simply didn’t like or support the Republicans’ policy positions on a host of issues. On issues from immigration to gay marriage to tax revenues, Americans generally rejected the GOP prescription. Jena McGregor, the leadership columnist for the Washington Post, writes that the report omits consideration of leadership—not the general question of finding and promoting leaders, but rather, identifying the person or persons who can lead the Republican party out of its 2012 electoral morass “to bridge the differences between conservatives looking to widen the party’s appeal and those looking to deepen its commitment to the far right.”

Be that as it may, there are elements of the RNC’s report, titled “Growth & Opportunity Project,” that might be instructive to nonprofits, regardless of their political leanings. We pruned the RNC report to find analyses and recommendations that may be important not just for Republicans, but for nonprofit leaders as well. Here are a couple with our comments:

“The Republican Party needs to stop talking to itself…[W]e have lost the ability to be persuasive with, or welcoming to, those who do not agree with us on every issue.” Sometimes nonprofits (and nonprofit execs) have to get outside their own echo chambers, too.

“We have to blow the whistle at corporate malfeasance and attack corporate welfare…We should speak out when CEOs receive tens of millions of dollars in retirement packages but middle-class workers have not had a meaningful raise in years.” Can the nonprofit sector get tougher with corporations? Or are some nonprofits too tied to corporate philanthropy to call out corporate malefactors?

“With regard to organization, the RNC, campaigns and our friends and allies have become too Washington-centric and top-down oriented. The best campaigns and organizations hire senior people and empower them at the state and local level.” That may well describe some aspects of the nonprofit and philanthropic sectors. We need to invest in our state associations and in local organizations. National nonprofit advocates should be listening intently to what their state and local partners have to say.

“If we believe our policies are the best ones to improve the lives of the American people, all the American people, our candidates and office holders need to do a better job talking in normal, people-oriented terms…” That is a lesson that the nonprofit sector has to learn again and again—remembering to get out of marble-mouthed policy language so as to be able to talk about policies in human terms.

“There should be a stronger grassroots program administered by the RNC to empower and support ethnic minorities in their communities.” The same applies to nonprofits and philanthropy. We have a serious mismatch in the sector in terms of the leadership of nonprofits and the composition of the communities they serve. Foundations, in particular, have to embrace their role in building and strengthening organizations run by people of color; this requires a commitment to more than just the language of racial and ethnic diversity.