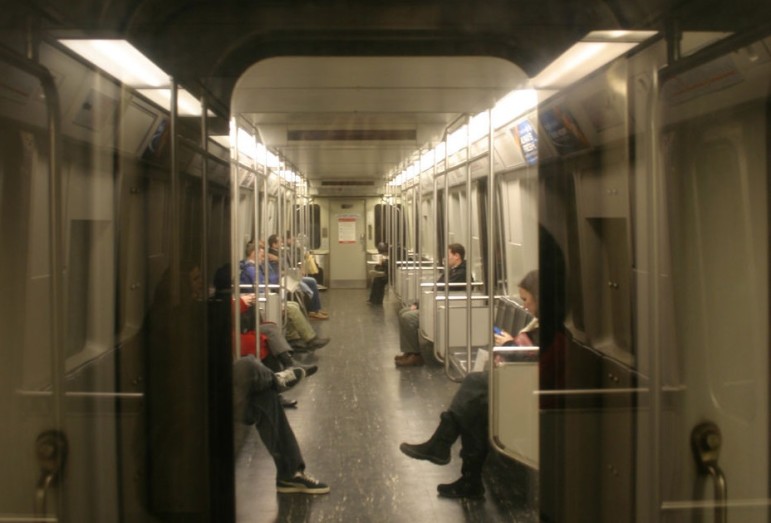 The winter of 2015 was a doozy for the Massachusetts Bay Transportation Authority. While Boston along with much of the East Coast is enjoying a relatively mild winter this year (to date), public art advocates are finding many reasons to take MBTA to task for its lackluster performance.

In late November, the MBTA announced it would be canceling the $1.9 million in funds that were set aside for public art to save a fraction of the costs of the Green Line extension. Recently, it reversed the decision after public outcry, but apparently it was not just the art for the Green Line that was imperiled. Artists selected for projects for the Silver Line and the Blue Line were told in mid-November that they would no longer be receiving funding to follow through with the projects unless the MBTA found other sources of funding.

Two of the artists who were told their funding had been nixed have joined together and written a letter to the MBTA asking for the funding to be restored. Local city officials, artists, directors of local museums, and others signed the letter, dated December 14th.

An online petition by arts advocacy group MASSCreative has garnered nearly 400 signatures to restore funding as well. “We understand the fiscal challenges the MBTA currently faces, yet we encourage you to acknowledge the extraordinary value that this small portion of the overall budget can put towards genuinely vibrant T Stations through the MBTA’s Integral Art Program.”

According to the Boston Globe, the MBTA has not yet given information about how many projects have been canceled or why the projects were canceled. However, the email sent to artists reportedly blames the cancellation on Massachusetts’s governor Charlie Baker for a separate public art project he vetoed.

While officials are still uncertain about whether the Green Line extension will be taking place at all, members of the MBTA board implored officials to restore funding, including chairman Joseph Aiello.

Although the flip-flopping on the project may reflect poorly on the MBTA, it does have an established history of helping support local artists in the community. In the ’70s and ’80s, the MBTA ran a similar program called Art on the Line, which was the first program of its kind to bring art to public transpiration.

As a regular traveler of the MBTA, there is no doubt the priority must be given to upgrading the trains and ensuring they are running without issues, but there undoubtedly must be a continued investment in the arts as well.—Shafaq Hasan