Affordable Housing to New Castle? Listening for the Voices of Clinton and Cuomo 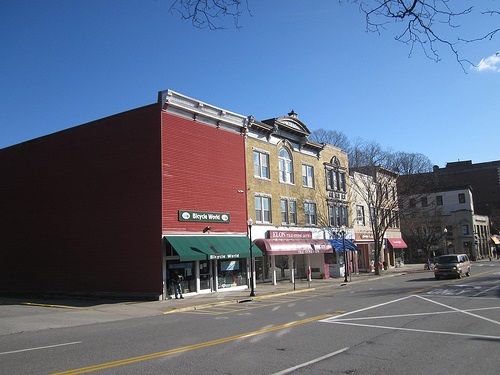 Among the more famous residents of New Castle, New York, the township that contains the communities of Mt. Kisco and Chappaqua in Westchester County, are Bill and Hillary Clinton and New York Governor Andrew Cuomo. Westchester County, just north of New York City, has been under federal monitoring for a settlement agreement it reached with U.S. Department of Housing and Urban Development for its history of failures to accommodate the construction, rehabilitation, and preservation of housing affordable to lower income households. Earlier this month, the official monitor of the settlement called out New Castle’s obstruction of 28 units of affordable housing, which would make the county noncompliant with the goal of having 450 affordable housing units financed and in the development pipeline by the end of 2014. The county government, said monitor James Johnson, had chosen to be a “spectator to New Castle’s efforts to hinder the [settlement agreement] objectives.”

“It’s refreshing to see that the monitor has drawn a line at that particular form of cheating,” said Craig Gurian of the Anti-Discrimination Center whose lawsuit led to the 2009 settlement agreement. Gurian intimated that the County had expected the monitor to “wink” at its efforts toward compliance, but the statement by Johnson puts the County at risk for fines as high as $60,000 a month and a contempt citation.

Various nonprofit and religious groups have broached affordable housing development prospects in New Castle over the years. The current area of controversy is the plan for 28 units to be built in the site previously used as the headquarters for Reader’s Digest. Columnist David McKay Wilson reports that the town board has told the developer to abandon the plans for the project, called Chappaqua Station. Other affordable housing plans haven’t moved either. Another project, 20 units called Chappaqua Crossing, has been ten years in planning and still doesn’t have all of its approvals for starting construction. Wilson also says that “plans that surfaced in 2014 to build affordable apartments by the First Congregational Church, a half-mile from Clinton’s home, and next to the Chappaqua Fire Department firehouse, just a mile away, where [sic] shelved after neighbors at both locations objected.”

A group called Chappaqua for Responsible Affordable Housing has opposed the Chappaqua Station project, but proposed other sites for affordable housing construction. Architect Bill Spade, involved in the organization, has been working with his church, First Congregational, to build 50 units on church-owned property, but nearby residents rose in opposition and the church abandoned its plan. Alexander Roberts of the nonprofit Community Housing Innovations had been interested in building 40 units next to the Chappaqua Fire Department, but he was “shocked” to learn that fire department officials said they would use their independent powers of eminent domain to take the property in order to prevent affordable housing from moving forward.

Since 2000, according to Wilson, all of three affordable housing units have been added to the New Castle housing inventory. That’s truly pathetic, especially for a community in a county charged with the implementation of a federal settlement. As good as some of the nonprofit advocates for affordable housing might be in Westchester, there are advocates named Clinton and Cuomo with New Castle addresses who could weigh in and potentially move the township and the county past affordable housing stalemate.—Rick Cohen