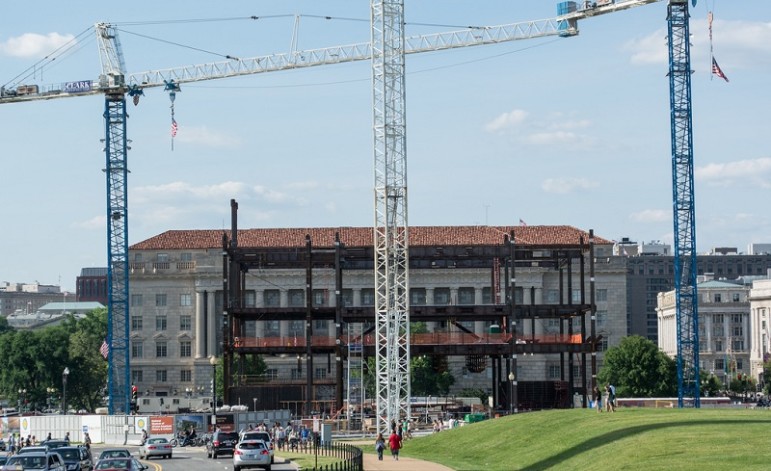 Months after a felony sexual assault charge was filed against entertainer Bill Cosby, a new controversy has been brewing at the National Museum of African American History and Culture.

The museum, part of the Smithsonian, is set to open in September at the National Mall in Washington, D.C., and it intended to mention Cosby’s work as a decorated comedian. The controversy didn’t stem from Cosby’s inclusion in the museum per se, but rather the omission of the allegations and charges against him. Now, the museum is saying that it will include the mention of the accusations against Cosby, adding to the fall of the disgraced comedian.

The museum was first pitched in 2003 and is meant to educate on “the richness and diversity of the African American experience.” It will include 3,000 artifacts in 11 exhibitions, including showcases of the Black Lives Matter movement, America’s slavery past, and individual public figures who have shaped African-American history, like President Barack Obama. As noted by some, the curatorial team of the museum had an exceptionally difficult job encompassing the wide range of the African American experience. Some elements would undoubtedly not make it into an exhibit.

In the exposé run by the New York Times last week, the task became increasingly more difficult when it was revealed Bill Cosby would be among those honored in the museum. The museum’s “Taking the Stage” exhibit would include references to Cosby’s work in comedy television shows such as I Spy and The Cosby Show. The exhibit will also include other prominent comedians like Richard Pryor and Dick Gregory.

“If they just speak about the contributions, there will be this enormous presence that is not talked about,” said Patricia Leary Steuer, 59, one of the women who has accused Cosby of assaulting her several decades ago.

Others similarly called for context. “His body of work has had and continues to have a significant impact on the culture,” said Daily Beast editor-at-large Goldie Taylor, who has written a story on Cosby’s legacy for Ebony magazine. “However, it is crucial that we view that work and its creator with a clear lens. And that means evaluating his role in the larger society in its fullness.”

Several days after the Times published their story, on March 31st, director of the museum Lonnie G. Bunch III released a statement clarifying the museum’s position on Cosby’s exhibit and indicating that the full context of the Cosby accusations will be available to visitors.

This is not an exhibition that ‘honors or celebrates’ Bill Cosby but one that acknowledges his role, among many others, in American entertainment. Some people feel that the Smithsonian should eliminate all mention of Bill Cosby as a result of recent revelations. We understand but respectfully disagree. For too long, aspects of African American history have been erased and undervalued, creating an incomplete interpretation of the American past…Like all of history, our interpretation of Bill Cosby is a work in progress, something that will continue to evolve as new evidence and insights come to the fore. Visitors will leave the exhibition knowing more about Mr. Cosby’s impact on American entertainment, while recognizing that his legacy has been severely damaged by the recent accusations.

The controversy with the National Museum of African American History and Culture is not dissimilar to the criticism another Smithsonian received when it included Cosby and his wife’s collection of African art and artifacts. As reported by NPQ, in that situation, the museum released a statement clarifying that its acceptance and display of the collection in no way alleviated the seriousness of the accusations levied against him.—Shafaq Hasan