After 25 Years, Teach for America Results are Consistently Underwhelming 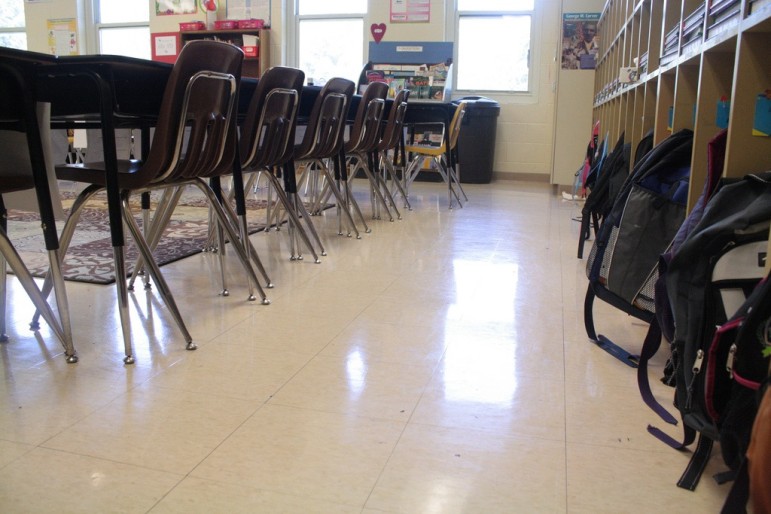 America has a love-hate relationship with Teach for America. What began as the dream of one idealistic undergraduate in the late 80s is now, some 26 years later, an internationally recognized behemoth in the education reform movement, with more than $200 million (yes, you read that correctly) in investments as of last year.

A recent book, edited by T. Jameson Brewer and Kathleen deMarrais, titled Teach for America Counter-Narratives is the latest to put the organization under scrutiny. In an article this week in the Las Vegas Review-Journal, Washington Post columnist Esther J. Cepeda writes about the “explosive and jaw-dropping” stories written by 20 of TFA’s alumni, which she says “eviscerate the myth of TFA’s unmitigated success.” Her takeaway is that the book should be a cautionary tale to those studying the education reform movement. The stories reveal the smoke and mirrors (“money and great marketing,” in her words) that TFA uses to recruit the best and brightest while convincing their donors and other partners that they are moving the needle on outcomes.

According to its most recent tax return, TFA has total assets of close to half a billion dollars and revenues of more than $330 million, of which about 90 percent comes from government grants and contributions from corporations, foundations and individuals. An organization of this size and stature has an obligation to its constituents to demonstrate its success, and TFA has accumulated years of research findings about its programming, expansion and scale-up efforts. Marty Levine and Ruth McCambridge asked on this site several weeks ago whether Teach for America’s results justify its pillar status.

In 2013, Mathematica Policy Research concluded a federally-funded controlled study of TFA. Comparing TFA secondary math teachers across eight states with a control group of math teachers in the same schools, the study found that, on average, students in TFA classrooms gained the equivalent of an additional 2.6 months of school, as evidenced by end-of-year math assessments. However, two years later, a subsequent Mathematica evaluation was unable to replicate those results.

While the later study concluded that TFA teachers in early primary grades produced roughly 1.3 months of extra reading gains, that good news was overshadowed by the more troubling evidence that an overwhelming majority of TFA staff (87 percent) reported that they did not plan to spend the rest of their career as a classroom teacher or, for that matter, in any education-related career.

TFA takes great pride in how well it prepares its corps members for the classroom (in a smidgen of the time it takes a teacher to train through traditional avenues). Studies published on its website find that TFA corps members are “as effective” as other teachers in the same schools and that they promote achievement in measures “equal or sometimes greater.” Two state-wide studies in North Carolina and Tennessee demonstrating TFA’s relatively higher effectiveness in teaching STEM content corroborate these findings, although the Tennessee Higher Education Commission report doesn’t go much further than stating that TFA teachers “tend to be” more effective than other beginning teachers.

As NPR correspondents Eric Westervelt and Anya Kamenetz point out, this can be read as either evidence of TFA’s superior pedagogy or an “indictment” of traditional teacher preparation programs. But it should also be noted that some question the reliability of the research itself or claim that even in those limited cases in which TFA shows a positive impact, it is consistently small, and other reform efforts, such universal pre-K, teacher mentoring programs, and smaller class sizes, may have more promise over the long run. The sticking point that returns again and again is that of teacher attrition.

While TFA claims that two-thirds of its alumni have gone on to pursue careers in the education sector, they do not have hard statistics on the number of alumni who have remained full-time classroom teachers for even a minimum period of time. That is a shame, as it’s an obvious question on people’s minds and would be compelling information. Moreover, it’s hard to align the two-thirds claim with the overall trend away from the education space cited in Mathematica’s most recent study.

While there is little else in terms of concrete student gains, much less long-term, systemic results, what’s perhaps most confounding of all is TFA’s almost willful refusal to acknowledge the role of state schools of education (which train the majority of public school teachers) or its very partner schools, as allies in reform. The more one reads from those who have gone through the experience, the more apparent this becomes, with non-TFA faculty regarded as the “problem” that TFA must come in and “fix.” While it’s clear the majority of the TFA teachers and staff are sincere, smart, and hard-working, a corporate reputation too often deemed exclusionary and imperious precedes them, a reputation that seems to have fossilized despite numerous attempts at rebranding over the years.

So, for instance, while TFA has (wisely) moved its narrative beyond a rehashing of its early history and founder, conspicuously missing from the stakeholders it chooses to represent in the present day—its core members, alumni, students, and the more elusive “community”—are the very faculty and administrators of the schools they serve. Apart from national surveys that TFA commissions to query principals about their satisfaction with TFA faculty (consistently good), there is remarkably little testimony available from veteran teachers, guidance counselors, parents, and other school stakeholders about TFA’s ultimate impact on whole school environments.

Similarly, a five-minute video on TFA’s website focusing on greater New Orleans is astonishingly self-referential, attributing a disproportionate share of credit to itself for the turnarounds in that city. (“While [TFA] was expanding its footprint, the community has seen rapid growth in student achievement.”) While its footprint has indeed grown six-fold, the growth filled a notable vacuum resulting from the systematic firing of 7,500 public school faculty, and TFA teachers now make up 20 percent of the city’s teaching force. No mention is made of the hundreds of civic leaders, educators and others—for better or worse—who stepped up to reinvent the system in the disaster’s aftermath. And it should be pointed out that many questions remain as to how successful the Recovery School District has been. As reported recently in the New York Times, “there is perhaps no topic of the last 10 years as polarizing.”

At the time of this reporting, Matthew Kramer, appointed co-CEO of TFA two years ago, announced he was stepping down and handing over the reins to his counterpart, Elisa Villanueva Beard. Like all other news coming out of Teach for America, it, too, will be closely examined.

In the meantime, the question of whether TFA is living up to its mission to enlist, develop, and mobilize future leaders to strengthen the movement for educational equity remains an unanswered one. With more than $75 million coming in from government at last count and another $220 million from the philanthropic community, we should be seeing more evidence of long-term student gains and far more alumni continuing their impassioned work in the classroom.