After Growth Plan Fails, a YMCA Files for Bankruptcy 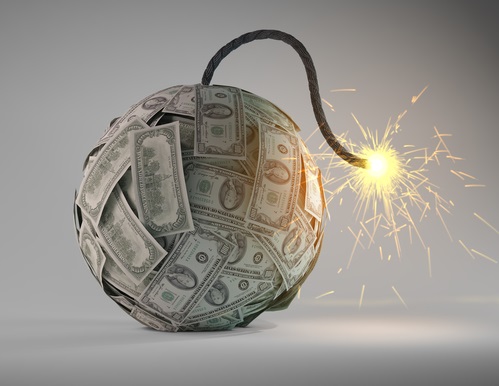 The YMCA in Milwaukee had been on a pattern of growth and building of new facilities. One of the most visible was the creation of a new facility in a redeveloped downtown structure known as the Grand Avenue Mall. Once a high-end mall, it had fallen on hard times recently, and the YMCA’s residency was seen as a critical component of the redevelopment of the facility. Other recent high visibility additions had been a central city facility including the Young Leaders Academy, a charter school and a suburban facility that became known for its aquatics program.

All of this expansion was financed through loans. Those loans have been refinanced with bonds issued by the city of Milwaukee and held by US Bank, which is by far the largest creditor involved in the filing with more than $24 million owed. The press release from the YMCA states that the debt to EBIDA (Earnings Before Interest, Depreciation and Amortization) ratio is an unmanageable 30 to 1.

The plan is for the YMCA to become a smaller, more focused entity. Facilities and programs throughout the suburban areas are to be sold to other Y’s or related entities. With several agreements already in place, it appears there is a genuine attempt to maintain the programs and services that are currently in place. The vision being promoted as the silver lining in this dark cloud is to emerge as a leaner organization more focused on the needs of clients in or near Milwaukee’s central city.

However, two high-profile central city projects are on the sale block, or already gone. The Young Leaders Academy is being sold for $6 million to the Milwaukee College Preparatory charter network. The building will be managed by the high performing charter organization, with gym facilities leased back to the Y, allowing current members to maintain access to the facilities.

The Y has also announced that it will look to sell its facilities in the downtown mall, which could cause some issues for the latest attempt to revitalize that facility. A group of local investors have made a proposal to purchase the facility on the west side of Milwaukee’s downtown. If the investors had been counting on the Y’s tenancy in the building as an anchor for their plans, this could be a problem.

Other issues have plagued the Y recently, including the shocking accusations of child enticement and the subsequent suicide of the founder of the Young Leaders Academy and the sudden closure of a central city youth center in 2008 for budget reasons. All of this is being overseen by the first female leader of the Milwaukee YMCA, Julie Tolan, who is known locally as a powerhouse fundraiser.

Although the depth of the Y’s problem comes as a shock, it should not have come as a surprise. The indicators of the problem have been visible internally for quite some time. So we have to wonder what the Board Directors were or were not looking at and why steps were not taken before this dire moment. The impact of the local Y shrinking like this is unclear. The loss of what has up to now been an anchor program on the west side of Milwaukee’s downtown could be devastating.—Rob Meiksins