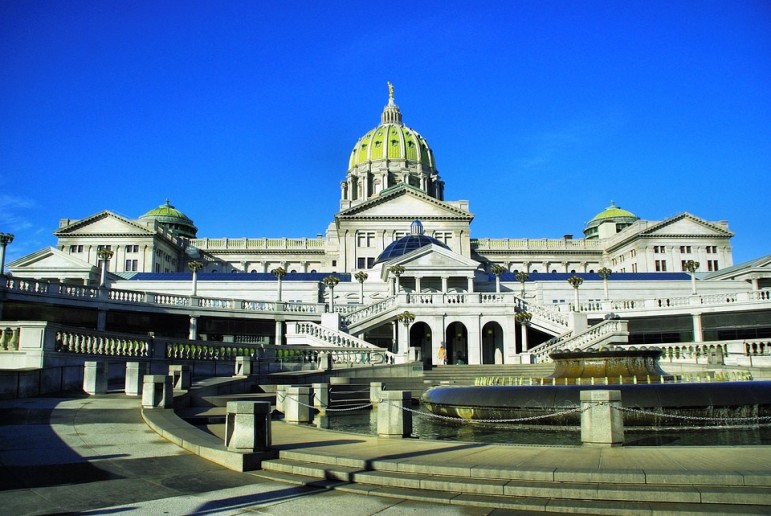 In late 2013, the city of Harrisburg, Pennsylvania set aside $13 million from the sale of a city incinerator and long-term lease of the city’s parking assets. Rather than return these funds to the city bank accounts, a state-appointed receiver instead suggested the creation of a nonprofit corporation to use these funds to help drive city recovery, a decision that Harrisburg’s mayor, Eric Papenfuse, opposed.

The intent of the nonprofit was to create a system for allocating the $13 million to guide future economic development, developing a process and accepting applications for the funds. Progress has been slow; it’s taken over two years to develop the nonprofit corporation and hire an executive director, effectively tying up money that could be used to support a variety of infrastructure projects within the city.

One of the largest points of contention for the nonprofit has the lack of public access to their meetings. The chair of the volunteer board, Neil Grover, argues that the nonprofit does not fall under the rubric of the state’s open-meetings policies, while others have argued that because the nonprofit was formed to distribute proceeds from the sale of city properties, and the funding will be used to support infrastructure and development within the city, it is mandated to abide by the state’s Sunshine Act.

In February, the nonprofit filed a court motion asking the Commonwealth Court to clarify the interpretation of the state’s Sunshine Act and to determine if the nonprofit is bound legally by the open meeting requirements. While this matter is still pending and has not yet been scheduled before a judge, the nonprofit held its first open meeting in April. This meeting was not advertised in advance, and unlike other public meetings, no one other than the nonprofit board was provided with copies of the draft guidelines being discussed. An open meeting is a start, but with $13 million in public money on the line, the lack of transparency is concerning.

Harrisburg has been in receivership since 2010 as part of the Financially Distressed Municipalities Act, also known as Act 47, that empowers the Pennsylvania Department of Community and Economic Development to declare certain municipalities as financially distressed. By declaring a fiscal emergency, the City of Harrisburg essentially requested help, and a receiver was appointed to develop and submit a fiscal recovery plan.

This nonprofit, funded by public money, should be an example for fiscal transparency in a city with this kind of troubled history. Instead, they are proving to be an example of hidden bureaucracy and closed-door decision-making. While the April meeting was open, it remains to be seen what will happen with future meetings, both now and after the court makes a decision on the requirement of the nonprofit to abide by the state’s Sunshine Act.—Kari Thierer

Kari Thierer is a nonprofit director based in Olympia, WA. She brings over 20 years of experience to her nonprofit work, primarily focusing on national education issues. She currently serves as the Executive Director for the School Reform Initiative. Kari is a national consultant, serving education and nonprofit organizations by providing support in governance, strategic planning, education best practices and community engagement. Kari is fiercely dedicated to insuring that all students and families are supported in their education endeavors and has worked extensively with traditionally underserved communities. She has a Master’s degree in Education Administration, and is currently completing her doctoral dissertation research at Northeastern University.