Akin, the GOP and the “Wicked Problem” of Reproductive Rights 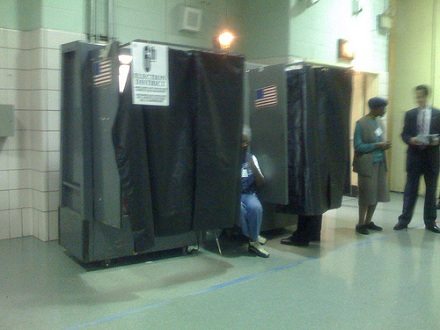 Some issues stay in play in a way that requires constant civil society involvement and they tend to be the “wicked problems” where vastly different points of view are being applied and advocated. These points of view develop their own language that adheres to and supports a belief system. So Missouri Tea Party Senate candidate Todd Akin says he misspoke, but…

The draft platform for the GOP, a document that will be voted on this coming Monday, includes a proposal for a constitutional amendment banning abortion without exceptions for cases of rape or incest. The disclosure is particularly striking in the aftermath of Akin’s disturbing assertion that rape rarely ends in pregnancy because “if it’s a legitimate rape, the female body has ways to try to shut that whole thing down.”

[Author’s note: While we women appreciate the vote of confidence, we are not, in fact, in that kind of control of our uteri, etc. Thus, contraception.]

Akin’s comments offended many in the Republican Party and, despite his attempts to “apologize” for having “misspoke,” a number of Republicans, including presidential candidate Mitt Romney, have issued calls for him to step out of the race (and quickly, so they would have time to replace him on the ticket). In a call with the National Review Online, Romney commented, “Congressman’s Akin [sic.] comments on rape are insulting, inexcusable, and, frankly, wrong…Like millions of other Americans, we found them to be offensive.”

However, we are not really sure where the line of offense gets drawn. Is the ignorance of the biology of women and conception the thing that is offensive? Because it does appear that most of those calling for his withdrawal are, indeed, willing to see raped women left with no choice. The Washington Post editorial board suggests that there is a not-so-subtle and “repugnant” code behind the whole message and that “the remarks are not the first, nor are they likely to be the last, in a long-running effort to downplay the horror of rape as a way to restrict access to abortion.” The Post and others assert that the use of the term “legitimate” or “forcible” rape are meant to imply that women cannot generally be believed where sexual assault is concerned.

One blogger on DemocraticUnderground.com writes, “‘Legitimate rape’ and ‘forcible rape’ sound pretty closely related, and both seem suspiciously like they must have been coined by people who believe women are prone to lying about being violated in the most humiliating way possible…So what exactly are Mr. Romney and party leaders unhappy about — that one of their own used indelicate terminology or junk science?”

The Washington Post went on to note that, “One example of this effort to minimize rape came earlier this year when Congress considered whether to rewrite the rape exception in federal abortion funding bans by inserting the phrase ‘forcible rape,’ words eerily similar to Mr. Akin’s note of ‘legitimate rape.’ Among the bill’s 227 co-sponsors was Rep. Paul Ryan, now Mitt Romney’s running mate.” The bill eventually failed but now lives on in the form of a draft Republican Party platform that calls for an abortion ban and does not list any carve outs for cases of rape or incest, a platform the GOP has also held in previous years.

Some Republicans, like Sen. Scott Brown of Massachusetts (who comments that “the Republican Party would be well-served to recognize in its platform that you can be pro-choice and still be a good Republican”) are working quickly to distance themselves from that plank, but the fact remains that this is the third election cycle where it has been present in the platform. –Ruth McCambridge