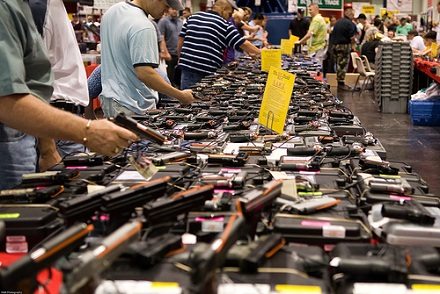 After the privately held Mars company (manufacturer of the Skittles that Trayvon Martin held when he was killed, allegedly by neighborhood watch participant George Zimmerman) withdrew its support from the American Legislative Exchange Council (ALEC), joining other corporations such as Kraft, Pepsi, Coca-Cola, Intuit, McDonalds, Reed-Elsevier, and Wendy’s—and the Bill & Melinda Gates Foundation (which had made a contribution to ALEC for its educational policy work), ALEC got the message.

ALEC announced that it is shuttering its “Public Safety and Elections Task Force,” the arm of the organization that was promoting voter ID laws and “stand your ground” gun laws. On first blush, it is a smart move by ALEC. The organization was getting hammered in the press and out-organized on the ground; the organizing campaign led by ColorOfChange.org, the Center for Media and Democracy, and Common Cause is worth exploring as an example of competent, results-driven advocacy as opposed to campaigns that seem more focused on securing publicity for the organizers than on the results they are achieving. ALEC’s claim to fame over the years has been its corporate policy and public sector privatization work on health care, telecommunications, education, and other issues. Adding in social components such as voting rights and gun laws both diluted ALEC’s longstanding corporate mission and made it beholden to social policy interests that might not support some of its corporate promotion agenda.

Some of the corporations that have left ALEC were members of ALEC’s private enterprise board of directors (Coca-Cola, Reed-Elsevier, Intuit and Kraft), but other members of the private enterprise board, not to mention corporate members of ALEC in general, still hang in, including AT&T, Bayer, ExxonMobil, GlaxoSmithKline, Johnson & Johnson, naturally the Koch companies, Pfizer, State Farm Insurance, United Parcel Service, Reynolds American, and Wal-Mart.

Largely funded directly by corporations through corporate memberships, not many foundations show up as having donated to ALEC on the Foundation Center Online’s list, and oddly, the Bill & Melinda Gates Foundation’s support of ALEC doesn’t even appear in the FC database (accessed on April 18, 2012). Nearly all of the foundation funders from 2003 to the present, including the corporate foundations listed, have relatively conservative policy agendas, including the ExxonMobil Foundation (which contributed $669,500 during that time), the Searle Freedom Trust ($370,000), the Lynde and Harry Bradley Foundation ($145,000), the Charles R. Lambe Charitable Foundation ($200,000), and the Jacqueline Hume Foundation ($145,000). Some of the corporate contributors are simply following the leads of their home corporations’ membership in ALEC—the UPS Foundation ($342,500) and the General Motors Foundation ($145,000), for example. The surprising funder on the list is the Indiana-based Lumina Foundation for Education, which gave ALEC $595,000 in two grants to be devoted to education issues—one in 2008, and the other in 2010.

Will shutting down the voter ID and guns task force cripple ALEC, or allow it to refocus on what it does best, namely carrying forward the policy agenda of the corporate sector? Is this a substantive change for the organization or just PR and positioning, camouflage for a continuation of a more broad-based corporate agenda in favor of not only less regulation, but also advocacy on less specifically corporate-related social issues?—Rick Cohen