Should Amazon and Seattle Have Signed a Better Prenup? 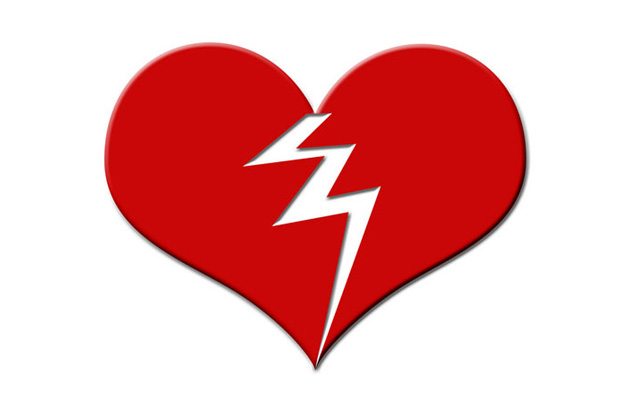 More often than not, money is cited as a primary cause for relationship fissures. The relationship between Amazon and Seattle, its headquarter city, appears to follow this trend.

Amazon and Seattle have been together since 1995 and the honeymoon is showing all signs of being over. As is often the case with struggles between power couples, one partner, Amazon, believes time apart and possibly a second household (HQ2) could improve the relationship. It can’t understand why Seattle would resent the company spreading its wings after having assured the city that their relationship will not change. Still, Seattle’s trust issues have been exacerbated by abuse. Has Amazon earned Seattle’s scorn by being too stingy? The answer is complicated, since there are mitigating factors, but, by all accounts, Amazon was really, really stingy. According to Drew Atkins in the publication Crosscut:

In 2012, an investigation by the Seattle Times looked at the company’s generosity to local charities and nonprofits. The results were striking, compared to other major companies in the region. For example, the article found that Microsoft donated $4 million to the United Way of King County in 2011, Boeing donated over $3 million, and Amazon donated zero.

But what do you do with yourself and your money when your company has hundreds of billions in revenue and you are declared the richest person in the world? Bezos has started to make himself visible as a philanthropist, as NPQ noted in June. As for Amazon, prior to the company’s recent uptick in giving, according to Paul Collins in Slate Magazine, they were not only MIA, but possibly a little shady. In fairness to Amazon and Bezos, these accusations of tax evasion and extreme stinginess date from the early to mid-2000s, when, according to financial records, Bezos was only the second or third richest person in the world. But Bezos told Charlie Rose in 2010, “I’m convinced that in many cases, for-profit models improve the world more than philanthropy models, if they can be made to work.” His company follows his rationale; according to the Seattle Times a few weeks ago, “As Amazon prepares to turn 18 this summer, it cuts an astoundingly low profile in the civic life of its hometown.”

Amazon’s hometown is experiencing unpredicted physical and economic changes. Many residents and city leaders believe these changes directly correlate to Amazon’s ever-increasing corporate and community footprint. Seattle recognized that the growing behemoth would transform the city, but maybe were asleep at the city planning wheel. High-paying jobs for residents did not materialize; instead, high-paid techies were relocated. The promise of increased housing stock became high-priced condos and, for the first time, annual home payments for a “starter” home in Seattle have reached half the area’s median income. The expected building boom is so huge that Seattle now enjoys the distinction of being the most “crane-infested” city in the country, and a significant amount of the building is Amazon’s. Traffic congestion has generated a commuting nightmare. Rising housing costs bring rising homelessness, and while Bezos has responded with his support of St. Mary’s House, a homeless shelter, philanthropic leaders believe much more could be done.

Plus, management of planned population spikes require increased public transportation and infrastructure improvements. This is significant given that the state’s regressive tax system, a product of a 1933 state Supreme Court order that has banned the personal income tax, places a disproportionate burden on poorer residents. With about 25,000 employees in Seattle (more or less tied for fourth-largest employer with the University of Washington), Amazon contributes mightily to the city’s economy, but the opportunity and actual costs are creating unforeseen problems.

Can Amazon and Seattle salvage their relationship, at least in part, through increased and focused philanthropic giving? Today, Amazon’s corporate giving is rising, as is that of its founder. If he included his combined family giving, Bezos would be on record for donating $102 million since 2009. The gifts were significant, including $55 million to cancer research in Seattle, $10 million to a Seattle museum, and $15 million for Neural Circuit Dynamics. Unfortunately, this did not produce the desired effect. Bezos still faces heavy criticism within the corporate giving and philanthropic communities for things like failing to sign the Giving Pledge, despite a net worth of more than $82 billion.

Taking to Twitter, Bezos tweeted that he was looking for advice to guide and inform his planned increased giving and that he welcomed critiques. In an apparent philanthropic faux pas, Bezos explained that he was not interested in creating brick-and-mortar institutions. Rather, Bezos wrote, “I’m thinking about a philanthropy strategy that is the opposite of how I mostly spend my time—working on the long-term.” Bezos has not shared a timeline or donation amount, although NPQ noted that Madonna offered a decent suggestion, as did other leaders in the giving community. Many potential issues intersect with public sector challenges and policies. If Bezos follows through, this could be a windfall opportunity for Amazon to erase its “stingy” moniker and strengthen its relationship with Seattle.

When word broke out that Amazon was looking to locate HQ2 in another city, the Seattle city council and business community were stunned. Like the spurned spouse who just doesn’t get that the relationship has changed (and maybe has been lied to and taken advantage of), the council penned a tentative letter to Amazon. The letter asked if they could “refresh” or “reboot” the relationship and would Amazon consider creating a Task Force to explore locating HQ2 in Seattle. City Councilor Mike O’Brien, recalling his constituents’ complaints, was among the councilors refusing to sign the letter. The council publicly acknowledged that they probably would not get a reply, and Amazon made its HQ2 RFP public. It looks like Seattle has been ditched at the prom, and the best we can hope is that Amazon learned something from the relationship. —Mary Frances Mitchner