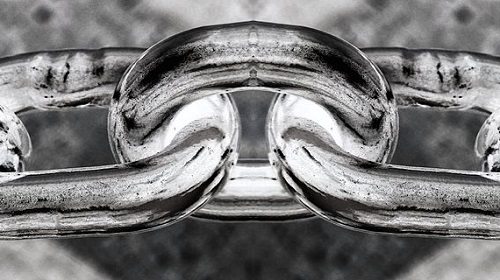 A few articles on the Internet are building upon each other, arguing that entrepreneurship and philanthropy are inherently related and represent a good reason why America ranks as the most generous nation in the world.

To this latter point, a recent study published by Johns Hopkins Center for Civil Society Studies shows that in the United States, charitable giving in the form of monetary donations is currently at 1.9% of the Gross Domestic Product, or GDP. The next most generous nations are Israel at 1.3%, Canada at 1.2% and Argentina at 1.09%. All other nations give at a rate of less than 1% of their GDP.

One article, by Zoltan Acs and Ronnie Phillips, suggests that American capitalism is unique in that it is based on both the creation of wealth and the reconstitution of wealth—the former in the form of entrepreneurship, amassing large amounts of money, and the latter in the form of philanthropy, giving it away in order to benefit the rest of society. In this way, Acs and Phillips suggest, the entrepreneurs are contributing to increased prosperity through knowledge creation, and this may be one reason for America’s economic dominance. (This, of course, sounds a lot like the Giving Pledge established by Bill Gates and Warren Buffett.)

Building on this argument, Nima and Tino Sanandaji ponder whether American entrepreneurs are more generous than any others and, if so, why. In European nations such as France, for example, the tradition is for the rich to pass their wealth along to their descendants, creating dynasties that mirror, in a sense, the tradition of monarchy in which a country’s leadership passed down a family tree. America had no such tradition and, as Tocqueville pointed out, was founded in large part on Protestant norms of “industry, frugality, charity, and humility.” The writers point out it may not be coincidental that America, the most generous nation, also has the largest number of what they call “SuperEntrepreneurs.”

The third article takes a somewhat self-congratulatory approach about American capitalism, building on the previous arguments to suggest that this correlation between SuperEntrepreurs and generosity is one reason why America should celebrate its economic structure. In his article at Philanthropy Daily, Scott Walter goes on to say that entrepreneurship and philanthropy are in fact co-dependent. Entrepreneurs are the lifeblood of the economy, and by giving their wealth away, they maintain a system that invests in, supports, and encourages the next wave of entrepreneurs to rise. Hard-line capitalists, he argues, must realize that the impulse to give is just as strong as the impulse to get, and that impulse should be taken into account in economic theories. On the other hand, the leaders of civil society must recognize that the people who give in large sums to social causes are the entrepreneur billionaires, so we should not demand they be taxed and taxed again.

It is worth pointing out that although the United States ranks high in the Johns Hopkins study in terms of cash donations, the same is not true when looking at the broader picture of civic engagement. When the rate of volunteerism is included, added to cash donations as a percentage of the GDP, the Netherlands emerges as the most civically engaged nation, Sweden second, and the United States third. When looking solely at volunteering as a percentage of the GDP, the United States ranks a sad eighth in the world, behind such nations as Norway, France, Germany, and Tanzania. The nature of any correlation between entrepreneurship and civic engagement may warrant further study.

We actually find this whole picture a bit disturbing, but we would love to hear from our readers about it.—Rob Meiksins