An Odd Anachronistic Speculation: Ben Franklin and Teach for America? 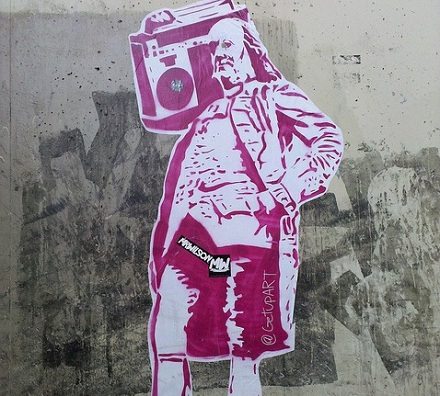 As an award-winning biographer of Benjamin Franklin, the Aspen Institute’s Walter Isaacson wrote a Thanksgiving Day op-ed for the Washington Post drawing on stories from the life of arguably America’s greatest genius. Like the top-notch biographer that he is, Isaacson draws parallels between Franklin’s observations and current conditions. Franklin saw the overtly conflicting American strands of individualism and communitarianism as “interwoven and related, part of the warp and woof of the tightly knit American fabric.” Isaacson sees the nation’s current political extremes in similar terms.

He even inserts Franklin into a contemporary political debate by extolling his founding of the Leather Apron Club, which was “composed of enterprising tradesmen, artisans and shopkeepers, what he proudly called ‘we the middling people.’” Isaacson asserts that Franklin, like the pronouncements of the winning candidate for president a few weeks ago, believed that the backbone of a strong America was a strong middle class.

It is a hallmark of biography to find insights into the present from the actions, observations and subjects of the past. It is also a risky endeavor, like trying to see if Ted Williams or Norm Van Brocklin, baseball and football stars of the 1940s and 50s, would have been equivalent sports stars today. Sometimes the stretches don’t quite work—or they say more about the beliefs of the observer/biographer than his subject.

Under Isaacson’s leadership, the Aspen Institute has become quite the ardent supporter of the new American movement for social enterprise. Aspen’s enthusiasm for social enterprise is reflected in programs such as its 2011 New York Salon (a discussion guided by representatives of the B Lab and the Acumen Fund thematically focused on “the Emergency of an Impact Economy”), its 2012 Summer Socrates Seminar on “Social Enterprise and Impact Investing: A New Approach to Capitalism,” and its overall Impact Economy Initiative, including a program co-sponsored with the White House.

So it probably shouldn’t be a surprise that Isaacson’s sole specific reference to an organization of today that he links with Franklin should be part of the nation’s overdone fascination with social entrepreneurialism. Isaacson writes, “If he were around today, he would probably be encouraging business groups and trade associations to form organizations similar to Teach for America, to allow people the opportunity to be part of legal, financial, health, technology and other service corps.” The Post doesn’t add a postscript to note that Isaacson happens to be the chair of the Teach for America (TFA) board, nor does it mention that TFA founder Wendy Kopp has been a featured speaker at several Aspen programs, including the 2011 Ideas Festival and the Aspen 2012 Congressional Breakfasts.

If Benjamin Franklin were transported to the America of today, who knows if he might actually be sitting next to Isaacson at TFA board meetings, extolling the substance of Kopp’s presentation at the Congressional Breakfast, which was titled “A Strategy to Revolutionize America’s Schools?” Some may shudder at the thought, but maybe this Franklin biographer is prescient. There’s nothing wrong with Isaacson and his colleagues being advocates for TFA or other elements of the social enterprise movement. But we suspect that Isaacson’s Thanksgiving Day op-ed may say more about his own thinking than Franklin’s.—Rick Cohen