…And Justice for All: A $1M Donation for Community Colleges—For a Change 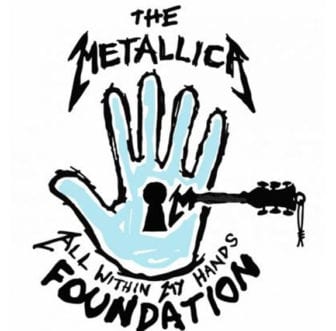 When thinking of education philanthropists, the heavy metal rock band Metallica probably does not rise to the top of many people’s lists, but this week the band announced that its All Within My Hands Foundation (AWMH) would award $100,000 grants to 10 community colleges across the country with the goal of helping more than 1,000 students achieve their career goals.

“These students will become the first cohort of Metallica Scholars,” the band said in the news release, reports Jim Harrington in the San Jose Mercury News.

Community colleges, as Ginia Bellafante explained in the New York Times a few years ago, get little respect when it comes to philanthropy. Bellafante noted that, “In 2012, more than twice as much money—$297 million—was awarded to charter schools from the country’s largest foundations as was given to community colleges, even though two-year colleges educate nearly four times as many students.” The average endowment for a community college? A scant $4.6 million.

The chief impediments to fund-raising at community colleges are the most obvious ones: There is no base of well-off alumni from which to draw, and no accompanying reserve of pride that might be exploited. Community colleges are places of departure rather than arrival. A gilded education begets more privilege, and privilege itself has had a long tradition of expression in munificent reciprocal giving. At community colleges, there exists not a legacy culture but whatever might be considered its opposite, given that the ambition of anyone who makes it through the system successfully is to send a child somewhere far beyond it. When students from a community college ascend to the affluent classes, they tend to feel a stronger affinity to the institutions that eventually graduate them than to the places where, often, they had no option but to begin.

The larger and more profound challenge is the marketing of the mission itself — the entirely worthy but unglamorous cause of moving poor young adults, many of whom have been inadequately educated, up to the ranks of middle-income earners. How to sell this vision to the broader world?

But apparently it was precisely that lack of glamor that appealed to Metallica. “The goal of our Metallica Scholars Initiative is to improve career opportunities for community college students in the trades,” says AWMH foundation executive director Dr. Edward Frank.

The band has partnered with American Association of Community Colleges (AACC), a trade association that represents over 1,1100 community colleges, on the project. The 10 colleges receiving what Metallica has called its first cohort of grantees are the following:

Frank notes that in addition to supporting students at these ten community colleges, the donation also aims “to raise the awareness of the tremendous importance, value and impact of the education provided by our nation’s community college system. The foundation and the band are thrilled by the quality of proposals we received from these colleges and are excited to do our part to help educate students so that they have the skills and training necessary to find meaningful and well-paying jobs in their communities.”—Steve Dubb