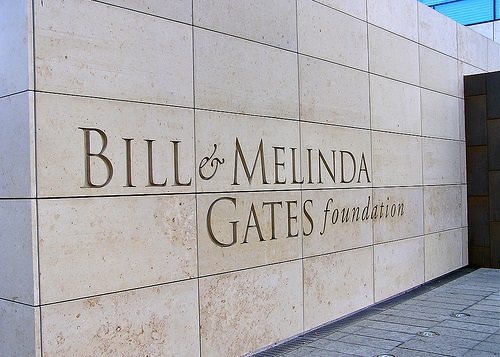 Now in its fifth year, the Bill and Melinda Gates Foundation’s Annual Letter has become a yearly staple in the nonprofit and philanthropic world. In 2014, the Gates Foundation addressed three myths that block progress for the poor. In the process, they created a social media campaign to educate the world about how poor countries can become more prosperous, the importance of foreign aid, and how the act of addressing poverty doesn’t actually contribute to overpopulation. (In the Washington Post, blogger and Columbia University associate professor Chris Blattman has started a tradition of grading the annual letter. He gave the 2014 release an A-minus.)

This year, on its fifteenth birthday as a foundation, the Annual Letter outlined the Gates Foundation’s “bet on the future,” highlighting breakthroughs where the Foundation will seek to get more involved as it looks to 2030. The letter said the Foundation would be “doubling down on the bet we made 15 years ago, and picking ambitious goals for what’s possible 15 years from now.”

The breakthroughs in which the Gates Foundation will invest are as follows:

And while the Gates Foundation looks to focus on the areas above, it attests that it is also looking to mobilize others around its work through an effort called the Global Citizen Initiative, stating in an interview with USA Today that through the website GatesLetter.com, Gates is hoping to create a network of “people who want to help and connect with other individuals and groups who care.”

While the 2015 letter aligns in many respects to the Gates Foundation’s first letter in 2009, working on issues like education and several areas relating to health, the Gates Foundation appears to have advanced in trying to mobilize others behind their work, whether through social media or through the new Global Citizen initiative. Let’s hope that the Annual Letter indicates a real shift in understanding about the importance of citizen participation in the guidance of and direction setting on the initiatives funded by the outsized resources of the Gates Foundation.—John Brothers