Anonymous Activism: The Pros and Cons 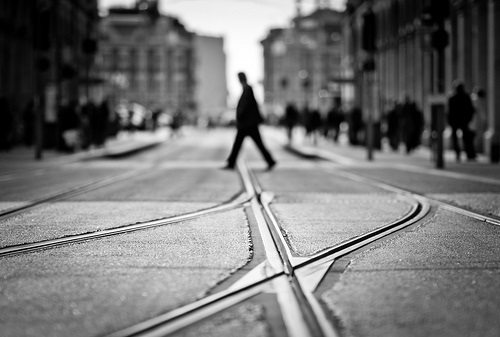 NPQ would love to hear what readers think about Lily Chamberlain’s argument with herself in “Should All Activists be Anonymous?” In it, the author certainly hedges her bets on the effectiveness of anonymity in advocacy movements. Chamberlain floats the theory that for activist groups, anonymity can promote candor and avoid distractions from the core missions of the group, as occurred with the purported sex scandal that engulfed Wikileaks founder Julian Assange almost immediately after his organization released one of its most powerful treasure troves of classified documents exposing classified U.S. State Department Cables in late 2010. Ultimately, as Chamberlain acknowledges, Wikileaks survived this kerfuffle but, she posits, in a weakened, suspect state: “The case against Mr. Assange is still a major distraction, and, depressingly, has actually tainted WikiLeaks’ reputation as far as a number of people are concerned.”

But Chamberlain never plumbs the depth of her proposition too deeply, serving mainly to describe the current landscape in which some activist organizations can and do benefit from anonymity of their leaders and/or minions (like the hacker collective Anonymous) and some profit from the cachet and outsized influence of prominent leaders, which one could argue is the case with Wikileaks. Assange quickly grew as a celebrity (his props as a great intellectual force cemented with his 2010 TED Talk), becoming vilified, martyred, and lionized in the press and inspiring untold number of individuals and groups to pursue open government and freedom of information as never before.

Chamberlain posits that anonymity has the positive features of safeguarding leaders and their movements by “defining a sharp dichotomy between the personal and the political” and averting the “self-promotion” emanating from notoriety and celebrity which, she argues, steers leaders and groups away from “logic and morality,” as if personal ambition and collective benefit were mutually exclusive. She cites psychologists Robert Kraut and Paul Resnick in support of the proposition that “identity-based commitment” thrives and is a positive phenomenon when a movement’s focus shies away from the personalities of influential individuals and remains with its principles. Finally, Chamberlain trots out Marxism for the questionable superiority of headless collectivist communities, though ironically Karl Marx himself may have as many groupies worldwide as Mick Jagger or Paul McCartney.

Chamberlain undercuts her theory by dutifully pointing out the dark side of anonymity—recklessness from lack of accountability, citing Philip Tetlock’s theory of “cognitive laziness” and the reduced efficiencies “in problem solving and completing simple tasks.” How motivating would it be for men and women, as social animals seeking meaning and comfort in numbers, to follow religions without titular founders, or for boys and girls to glom onto role models in sports teams or civil rights leaders without knowing whom to adulate and imitate? A nameless Joan of Arc would be just another teenager executed for heresy in the Middle Ages, rather than a beacon for heroic devotion that she is to this day.

The same holds true for activism and advocacy. People want heroes to follow. At its worst, as in the regime of Nazi Germany, the herd mentality can lead to unspeakable tragedy; at its best, strength in numbers leads to positive and transformational change, such as the various civil rights movements of the second half of the 20th Century.

Chamberlain concludes by saying, well, anonymity works here but doesn’t work there: “It can be concluded that the decision whether or not to be completely anonymous is one that will be different for every organization, with pros and cons that will vary in size and importance depending on what kind of group/movement is involved.” It’s hard to say that Chamberlain has advanced the dialogue on the benefits of anonymity in any way; she’s merely described the status quo.

But has she framed the issues right? We’d love to hear from readers on her points.—Louis Altman