Another Stakeholder Revolt against Bad Governance: The Case of Suffolk University 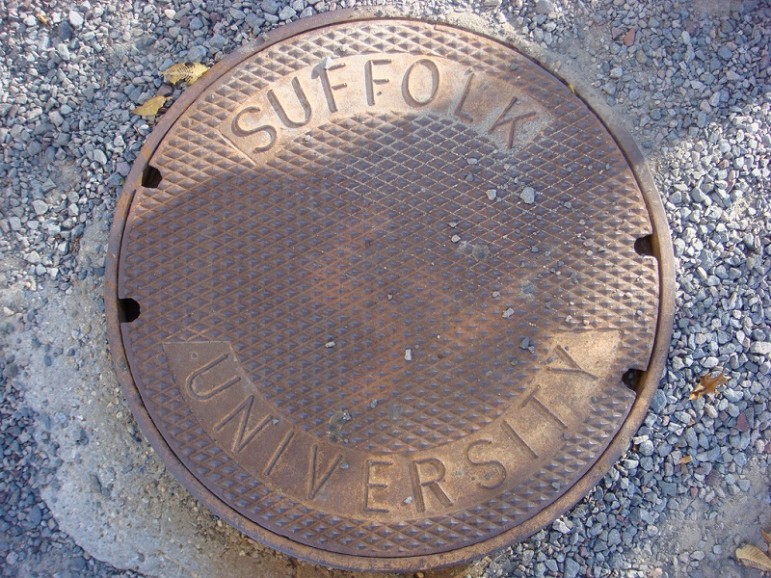 It’s the same old bad board story: four (going on five) CEOs in five years and an almost absurd conflict of interest threaded throughout the organization. But, as we have said before and will undoubtedly say many times more, boards are not the be-all and end-all of governance, and there are times that your real governance base will remind you of that—loud and clear, and until the job of maturing accountable governance gets done.

This time, the nonprofit is Suffolk University, where women account for 56 percent of the 8,300 students and people of color make up 54 percent. The president, Margaret McKenna, did not take long to come into conflict with some members of the 27-member board, which has been accused of micromanaging the institution into a state of permanent instability. The trustees are mostly male and white and, by all outward appearances, not very good at governance. (A list of those trustees can be found here.)

McKenna is the first woman president in the university’s 109-year history. When she took the position seven months ago, she was clear when she said she would review all contracts to ensure they were in the best interests of the University. But one of those with which the university held contracts was Regan Communications, headed by George Regan, who apparently felt that the 27-year-tenured contract should be exempt from review. Would it surprise you to hear that one of Regan’s employees is also a Suffolk trustee? Furthermore, Regan employee Mariellen Norris works full-time in Suffolk’s communications office. Would it surprise you to know that Regan has been speaking to the press about the inner workings of the board? Even the most penny ante mechanizations when they are habitual are hard to break.

Now for who’s really in charge here: When a few board members tried to eject McKenna because of her “confrontational style” earlier this year, it led to a weeklong standoff between the board and McKenna. The standoff included student protests, protests of local officials who are unhappy with the repetitive public meltdown, and the faculty taking a vote of “deep and sincere” confidence in McKenna. Still, the fracas led to an agreement released on February 5th wherein the board chair, Drew Meyer, agreed to leave the board when his term expires in May, and McKenna would go at the start of the 2017 school year.

A statement full of nonsensical platitudes was released, but stakeholders are not happy with the “everyone’s to blame here” tone, and who can blame them? There is one entity that has been here through five leadership upheavals in the same number of years. and it is not McKenna.

About the negotiated agreement, Colin Loiselle, president of the school’s Student Government Association and a senior political science major, said, “To use this route instead of dialogue is just absolutely disheartening and quite frankly, childish…In the past, nobody has challenged [the board] and now we know why, because when you do, this is what happens.”

“To call this a resolution is insulting to the entire community,” he added. “We will regroup and fight this. This decision is not in the best interest of the University.”

Alumni for the Integrity of Suffolk University—an ad-hoc group with 1,500 alumni members formed in response to the recent conflict—called for the resignation of Meyer and “his executive committee.”

“If financial stability is at the heart of your interests, surely high turnover at the level of President cannot help you achieve this goal,” the group wrote to the trustees. “The latest referendum on current President McKenna is a symptom of an apparent need to control leaders who are typically allowed—at any other institution of higher education—to define their role and grow their own team. The Board’s election to potentially rip this away yet again, after less than a year of President McKenna’s service, indicates that at least the leadership of this body is woefully unaware of the grave consequences of their actions.”

Finally, last week, after Meyer announced his leaving, the board ended its long-tenured and recently tempestuous relationship with Regan Communications. “President McKenna has chosen to blame me for her contentious relationship with the board, rather than acknowledging her own indefensible actions as the true reason for the board’s deep and valid concerns for her ability to lead the university,” Regan said, revealing his own misunderstanding of the decade we are in.—Ruth McCambridge