Another Vanity Plate Controversy: Texas against Sons of Confederate Veterans 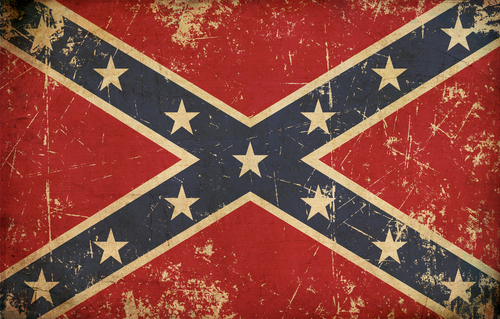 Remember Cooter Davenport? Ben Jones played “Crazy Cooter” on The Dukes of Hazzard, interrupting Bo and Luke on the CB with “Breaker one, Breaker one, I might be crazy but I ain’t dumb” to tell them that Boss Hogg was on their tail. Some people remember Jones for his four years in the House of Representatives as a Democrat (until he lost to one Newt Gingrich) and his later attempt to run in Virginia (losing to Eric Cantor). Today, however, he is the national spokesperson for the Sons of Confederate Veterans, which has appealed to the U.S. Supreme Court to reverse a decision of the state of Texas to deny the organization the ability to market specialty plates bearing the flag of the Confederacy.

The role of nonprofits in getting state government approval for specialty plates or vanity plates has been discussed in the NPQ Newswire many times: In 2012, a state senator in Idaho tried to limit or ban vanity plates; that same year, Indiana conservatives tried to block a vanity plate that would have supported a gay rights group; and in 2011, North Carolina’s state legislature authorized specialty plates reading “Choose Life” and simultaneously rejected “Respect Choice” plates, which fell due to a decision of a federal district court judge who ruled that the legislature’s rejection of the “Choice” plates was an abridgement of First Amendment rights.

That’s the argument of the Sons of Confederate Veterans, that the state’s decision violates the First Amendment, especially since Texas authorizes hundreds of vanity plates of all sorts for organizations, such as the Texas State Rifle Association, Stop Child Abuse, Rather Be Golfing, God Bless America, and God Bless Texas. Jones says that the Sons of Confederate Veterans and their desire to put the flag on license plates is simply celebrating Southern heritage.

Although the Confederate flag is on vanity plates in nine other states, civil rights advocates mobilized to convince the Texas motor vehicles board to reject the flag on Texas plates. The flag is “a powerful symbol of the oppression of black people,” said Sherrilyn Ifill, the president of the NAACP Legal Defense and Educational Fund. But the American Civil Liberties Union has come out in support of the Sons on the basis of free speech principles. Jones added that the Sons of Confederate Veterans has within its membership blacks, Jews, Latinos, and Native Americans, though he didn’t provide a proportional breakdown.

“It’s not a bunch of racists. It’s a group that longs for reconciliation and progress, but will not forget the past,” Jones explained about his organization, adding that the Confederate flag “represents the independent spirit of the South, no matter what race you are.”

On the Sons of Confederate Veterans website, the description of the organization’s mission is a little less welcoming to those who might remember that the Confederacy was defending slavery:

“The citizen-soldiers who fought for the Confederacy personified the best qualities of America. The preservation of liberty and freedom was the motivating factor in the South’s decision to fight the Second American Revolution. The tenacity with which Confederate soldiers fought underscored their belief in the rights guaranteed by the Constitution. These attributes are the underpinning of our democratic society and represent the foundation on which this nation was built.

“Today, the Sons of Confederate Veterans is preserving the history and legacy of these heroes so that future generations can understand the motives that animated the Southern Cause.”

It’s hard to imagine that many blacks would think that the South was fighting for “the preservation of liberty and freedom” and “democratic society” when it was also denying those very attributes to its black slave population. Nevertheless, unless the state does away with all vanity plates, the First Amendment issue might be a problem for the state’s defense of the motor vehicles board rejection unless perhaps the court distinguishes between the Confederate flag (with blue St. Andrew’s cross, which made it the battle flag), seen as a symbol of oppression by many, no matter what Jones says, and the organization that wants to honor the ancestors of its membership. In any case, the Sons of Confederate Veterans is a 501(c)(3) public charity and is even approved for fundraising in the Combined Federal Campaign. –Rick Cohen