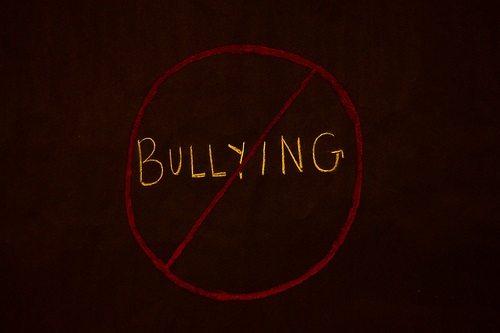 Many celebrities and teen boy bands are outspoken on their firm stand against bullying, but what are they actually doing to prevent it?

A new campaign launched by the nonprofit Be More Heroic, partnered with the social media app Dubbler, aims to target bullying in a new light. The app allows users to record 60-second audio clips and offers filters, colors, and pictures to disguise their identities and personalize each post.

Beginning in October, which is anti-bullying month, the partnership will inspire the conversation necessary in preventing bullying, or so Be More Heroic co-founder Sierra Dowd hopes. “With apps like this, we’re really able to connect educators, teacher and parents with students to get them talking about what’s going on.”

Making sure individual students’ voices aren’t lost in the conversation is one of the main focuses of the organization, as they have already been holding assemblies and organizing school clubs that give youth opportunities to express themselves.

Dowd puts pressure on the importance of hearing what the generation being bullied has to say. “So often,” she says, “this generation is spoken about, but never heard.”

While it may be difficult to receive individual attention at school for bullying, an app like this allows each student to receive personal support and attention from other users, as each person can comment and leave responses on the post. As the article reports, when a young girl recently posted a clip about suicide, the community flocked to the recording offering words of support and hope, demonstrating how compassionate and supportive the community is.

The hope is that the app will be an accessible and comfortable resource for youth who are already familiar with similar social media sites.—Julia Miller