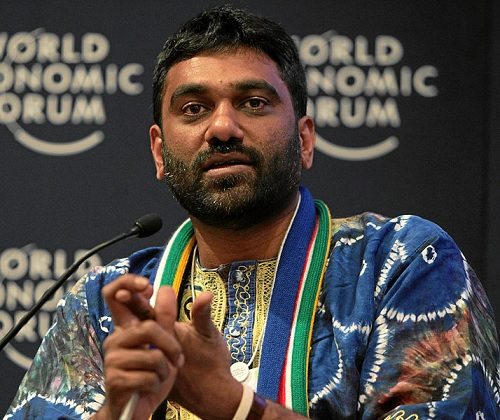 Faced with the potential for increasingly long terms of imprisonment for those Greenpeace activists arrested in Russia recently in a protest of arctic oil drilling, Kumi Naidoo, the international executive director of Greenpeace, has written an open letter to President Vladimir V. Putin that says that he is prepared to travel to Russia to speak to him, and, if need be, serve as “personal guarantor of the good conduct” of the 30 arrestees, two of whom are journalists and not Greenpeace members, should they be freed in anticipation of a fair trial under a reasonable criminal code.

Greenpeace has declared that the boarding of the Prirazlomnayarig rig in the Pechora Sea was a peaceful protest under Russian law and should not be treated as piracy, which carries a maximum sentence of 15 years.

All those arrested are being held without bail for a two-month period pre-trial. Russian authorities have been suggesting that they may charge the Greenpeace crew with more than piracy. The chief spokesman for the investigative committee, Vladimir Markin, told Interfax that it was possible that “narcotic substances” had been found aboard the Arctic Sunrise. There may also be a charge of interfering with law enforcement lodged against an activist piloting an inflatable speedboat.

The letter from Naidoo, a South African, reads, in part:

“My own personal history as a young activist in the anti-apartheid movement has taught me that dialogue is paramount, that in the interests of finding a common understanding we must be willing to talk. I believe that my offer to come to Moscow, to meet you, and to stay there, affords us such an opportunity. This continued affair benefits nobody, including the great nation of Russia, and certainly not the families and friends of the people in prison.

“I appreciate the risk that my coming to Russia entails. Last year I was part of a peaceful protest that was identical in almost every respect to the one carried out by my colleagues. Our peaceful protest last year was witnessed by the Russian coastguard, who refused to intervene when requested to by Gazprom because they understood that our actions posed no threat to the safety of people or property. But one year later, the activists who did exactly the same thing now face a charge of piracy and the prospect of years in jail.

“In coming to Russia, I do not expect to share their fate, but it is a risk I am willing to take in order to find with you that common understanding.”

The open letter was sent in response to a statement by Putin at a conference when the Greenpeace action was taken. “It would have been much better if representatives of this organization were present in this room, and would express their opinion on the issues we are discussing,” Mr. Putin said. “Nobody would ignore that.”—Ruth McCambridge