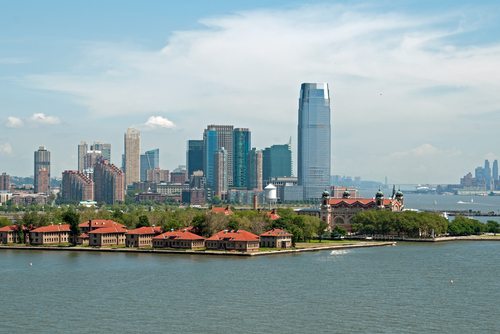 In northern New Jersey and beyond, Baye Adofo-Wilson has long been a star among community-based developers. His leadership of the Lincoln Park Coast Cultural District, a nonprofit community development organization serving a neighborhood adjacent to downtown Newark that for many people was known as a crumbling but historic area, anchored by the underutilized but beautiful Newark Symphony Hall. His role as executive director of the Cultural District brought substantial regional and national attention to the area as well as investment in the organization’s affordable housing and green development plans. The new mayor, Ras Baraka, quickly made Adofo-Wilson one of his top lieutenants after the election, appointing him director of the Department of Economic and Housing Development

Reporting for the Star-Ledger, Naomi Nix points out that Adofo-Wilson’s new role will include overseeing the city’s redevelopment agency—the Brick City Development Corporation—which had given the Lincoln Park Coast Cultural District a loan which the nonprofit was unable to repay. In fact, according to Nix, Lincoln Park defaulted on a very large loan from Wells Fargo, defaulted on a smaller loan from Brick City, and “settled” a loan it had received from the Community Loan Fund of New Jersey, but only after the Star-Ledger began making inquiries about the loans.

Adofo-Wilson offered explanations of the nonprofit’s delinquent and defaulted loans, including problems securing a tax abatement from the City of Newark, causing Lincoln Park to incur six-figure losses. In addition, some of its residential development efforts reached fruition during and after the real estate collapse of 2008, which devastated the already weak Newark housing market and undoubtedly made Lincoln Park’s plans for selling homes difficult in terms of sales prices and timing.

Nix wasn’t able to get comments about the delinquent loans from either Brick City or Lincoln Park, but Adofo-Wilson made it clear that he will recuse himself from anything concerning his old organization now that he is a city department director, and Mayor Baraka said that there is no conflict of interest because Adofo-Wilson doesn’t work for the community development group any longer.

Anyone who has experience with community-based development in Newark knows that the city bureaucracy has frustrated even the best of nonprofit entrepreneurs, and Adofo-Wilson is no exception. Under former mayor and now senator Cory Booker, the operations of the city’s Economic and Housing Department improved immeasurably with Michael Meyer’s leadership (though we thought the department was called Housing and Economic Development under Booker). However, Adofo-Wilson’s story about the travails of the Lincoln Park Coast Cultural District ring true, as nonprofit community developers in the city have to navigate multiple departments controlling different elements of the financing and construction of development projects, not to mention the political roles of the mayor and city council.

Nonetheless, the history of delinquent and defaulted loans incurred by Adofo-Wilson during his leadership of LPCCD will be a cause for difficulty—for him and for Mayor Baraka. Changes Adofo-Wilson might want to make in the city’s provision of development financing and development guarantees through the Brick City Development Corporation and its awarding of tax abatements for development projects might come to be seen by critics as self-serving, putting the blame on Brick City and other city departments rather than absorbing some responsibility for what might have been misjudgments made at the nonprofit itself about its development agenda and the potential progress of the Newark real estate market. Recusal from activities concerning LPCCD won’t necessarily clear the air for Adofo-Wilson, even though there is nothing legally wrong with the Mayor’s appointing him to direct the department.

Because Adofo-Wilson is essentially a participant in and witness to the past dysfunction of the Newark development process, especially as it has affected nonprofit community developers, both Adofo-Wilson and the mayor would have benefitted from an important procedural step. The city really needed a thorough overhaul of its development operations and policies, a top-to-bottom review of what worked and what clearly didn’t in Newark’s approach to community-based development, and a clear agenda of recommendations for comprehensive change. That would have provided Adofo-Wilson and the mayor a solid agenda for change, generated by an independent third party review, that Adofo-Wilson would have then tasked to implement. Simply recusing himself from dealings involving his old Lincoln Park group isn’t sufficient for someone with the profile and experience of Adofo-Wilson.—Rick Cohen