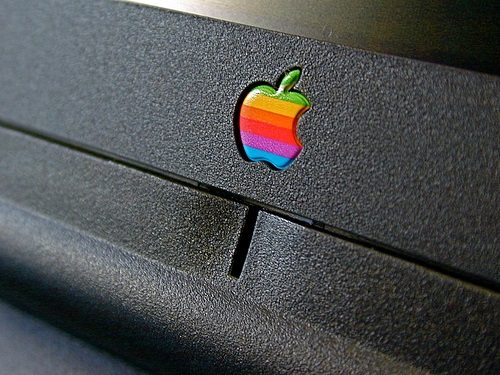 Following the trend of tech companies releasing analyses of the level of diversity in their organizations, Apple’s report comes in a manner emblematic of the design-focused company. A beautifully laid-out webpage and a short film accompany the numbers, tastefully graphed and tucked in a corner where they can be scrolled past without drawing too much attention. The focus is on the faces of Apple employees in all their variety, and on a message from Apple CEO Tim Cook—the first tech company CEO, according to a quote in USA Today from the Rev. Jesse Jackson, to take a public stand on the issue of diversity.

Here’s a transcript of the voice-over for the montage:

“From the very beginning we have been a collective of individuals, different kinds of people from different kinds of places, an intersection or technology and the liberal arts, diverse backgrounds all working together, one powerful thing we share is the belief we can make a difference in this world, through our products and through our values, through who we are, for this reason we put inclusion and diversity at our very center, we honor individuality, human dignity and human equality, we want people to be themselves and contribution through their own individual experiences, because this environment inspires creativity and innovation and empowers us all to do the best work of our lives together.

A nice sentiment. And, to their credit, Apple’s numbers on diversity do beat out their competitors at Google and Facebook by a little. According to the information disclosed, “Apple’s percentage of white American workers (55 percent) is lower than Google’s (61 percent), Twitter’s (59 percent) and Facebook’s (57 percent).” Thirty percent of their employees worldwide are women, and in the technical and leadership areas, the level of representation of people of color is double or triple that of companies like Twitter.

That level of inclusion doesn’t satisfy Cook, however. In his statement, he says, “As CEO, I’m not satisfied with the numbers on this page. They’re not new to us, and we’ve been working hard for quite some time to improve them. We are making progress, and we’re committed to being as innovative in advancing diversity as we are in developing our products.” He goes on to highlight members of the Apple team who exemplify the diverse nature of Apple’s employees—including a blind Apple Store Specialist who comes to work with her “seeing iDog”—and recount some of the philanthropic endeavors currently on Apple’s plate:

“We recently pledged $100 million to President Obama’s ConnectED initiative to bring cutting-edge technologies to economically disadvantaged schools. Eighty percent of the student population in the schools we will equip and support are from groups currently underrepresented in our industry.

“Apple is also a sponsor of the Human Rights Campaign, the country’s largest LGBT rights organization, as well as the National Center for Women & Information Technology, which is encouraging young women to get involved in technology and the sciences. The work we do with these groups is meaningful and inspiring. We know we can do more, and we will.”

The New York Times’ “Bits” blog also points out that Cook has “steadily added women or minorities to its executive roster. Crucial hires and promotions include Angela Ahrendts, who oversees Apple’s retail operations, and Denise Young-Smith, who took over human resources. In July, Apple also added a woman, Susan L. Wagner, to its boards.”

These are notable steps. However, as is shown in an interactive series of graphs on the USA Today website, the tech field remains “mostly male” and “mostly white.” Hopefully, more Silicon Valley (and beyond) firms will make similar commitments to improve diversity, and get their CEOs to stand behind them.—Jason Schneiderman