Are GOP and Tea Party Headed for Divorce Court? 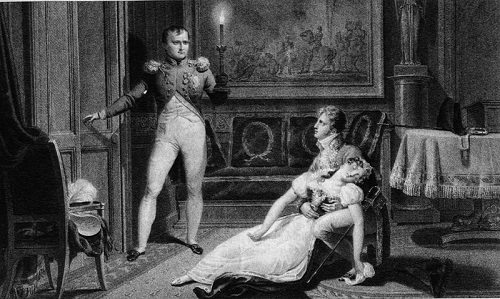 CNN columnist LZ Granderson wonders in this column if the spat between Tea Partiers and other Republicans is serious enough to warrant a permanent split.

Granderson cites, of course, the public outburst by House Speaker John Boehner in reaction to the Tea Party’s opposition to a budget deal. “Are you kidding me?” he asked, then declared them “ridiculous” and said, “They’ve lost all credibility.” Boehner then charged them with “pushing our members in places where they don’t want to be.”

These observations didn’t inadvertently slip out. More likely, they are a gauntlet thrown, meant to highlight the need to see change, and declarations of intent.

Granderson links all of this language to the overhaul that the Republican National Committee is planning for the 2016 primary process, which would seek to limit the number of debates, and thus the spectacle of Republicans jousting for the furthest conservative position relative to one another. Granderson suggests that Republicans want their party back, and Tea Partiers obviously do not want to get in line, so…irreconcilable differences?

Some charts printed in the Washington Post on Wednesday, including the one below from the Pew research Center, may indicate the direction in which things are headed. This chart may be of particular interest: 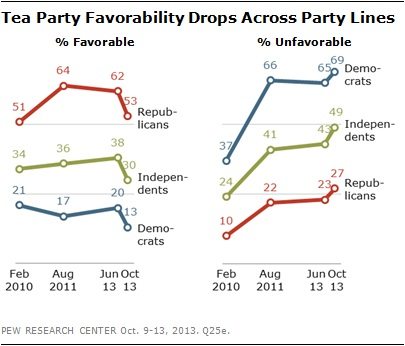