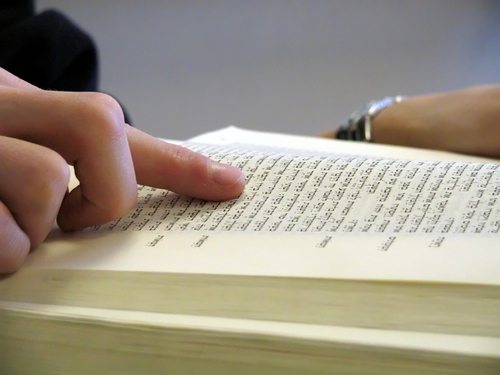 Educator Diane Ravitch is a strong defender of public schools and a major critic of the use of public dollars for school privatization. In other words, she is a critic of the “school choice” movement when it means parents’ choice to opt out of public schools, but still receive public funding. Some observers believe that charter schools, which exist within public school systems, are really part of the school privatization movement. The debate is contentious, with strong advocates for charter schools on the political right and a number that many would categorize as politically liberal or left.

So what do you think of this post from Ravitch concerning the phenomenon of “Jewish charter schools”?

As public schools, charter schools are supposed to be nonsectarian—they must not promote, encourage, or provide a religious education. To circumvent the church/state issue, these Jewish charter schools tend not to call themselves “Jewish,” but “Hebrew language charter schools.” Ravitch provides links to articles about charter schools in Florida, New Jersey, New York, and Texas.

The New York-based Hebrew Charter School Center helped establish the Hatikvah Hebrew charter school in East Brunswick, New Jersey, whose principal, Marcia Grayson, says that she tries to maintain a nonsectarian identity for the school. “We are hypervigilant about church and state,” Grayson says. “We go so far out of our way to make sure that we are not perceived as a Jewish school.” Ben Gamla, a network of four Hebrew charter schools in Florida, marches a little closer to the church/state line than Hatikvah. “A lot of Jewish education goes on in the [Ben Gamla] schools, absolutely,” explains Peter Deutsch, a former Florida congressman and Ben Gamla’s legal counsel. “It’s a very Jewish school, just not a Jewish religious school…The definition of Judaism is not just a religion, it’s peoplehood—the same way the Irish or Chinese are a people.” Both the Hebrew Charter School Center and Ben Gamla have plans to open several more charter schools in the next year or two.

Are they religious, or not? Hatikvah and the HCSC schools say they emphasize Hebrew language immersion and are geared to foster proficiency in English and Hebrew. As such, are these Hebrew immersion charter schools all that different from other dual-language charter schools that emphasize Spanish (like the Hoboken Dual Language Charter School in New Jersey), Chinese (as in the Pioneer Valley Chinese Immersion Charter School in Massachusetts), or Russian, as at Nashka Shkola in Minnesota?

The Hebrew charter schools are often in Jewish facilities—the Ben Gamla charter school in Boynton Beach, Florida, is located on the second floor of a synagogue—or led by Jewish religious leaders. The principal of the Ben Gamla high school in Plantation, Florida, for example, is an Orthodox rabbi. Ben Gamla Kendall is actually the former $15,000-a-year Greenfield Jewish Day private school that reopened as a tuition-free charter school “with the same principal, and most of the same students and teachers.” Similarly, Eleanor Kolitz Hebrew Language Academy will open up this month in the space that was once the Eleanor Kolitz Academy, a private school located at the Harry and Jeannette Weinberg Campus of the San Antonio Jewish Community.

Ravitch, Jewish herself, doesn’t buy the notion that these charter schools are really secular or nonsectarian. “It violates the long-established principle of separation of church and state to spend public funds on an institution that promotes religion,” she writes. “Hebrew is not a neutral language. It is the historic language of the Jewish people. Judaism is a religion.”

She adds, “It asks taxpayers to bear responsibility for schools that are essentially religious. In effect, taxpayers are subsidizing families that have the freedom to choose a nonpublic religious school.”

Are these Jewish charter schools simply teaching Hebrew or are they subterfuges for getting Jewish religious education paid for by taxpayers? Let us know what you think.—Rick Cohen