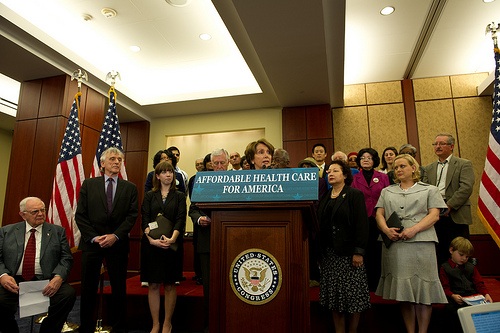 The victory in getting a subsidy structure to work for nonprofit employers was achieved largely thanks to the National Council of Nonprofits and a few other organizations but now the really hard work starts. Who is going to help small nonprofits comply with the Affordable Care Act (ACA)? Who is going to help them take advantage of whatever assistance and subsidies they might be qualified for? Who is going to speak up for a nonprofit labor force that generally works for institutions, large and small, which don’t possess the resources of private employers?

In Omaha, Neb., attorneys from the Kutak Rock law firm recently devoted an afternoon to telling nonprofits what the rules of the Affordable Care Act might be and how the health exchanges are supposed to work. The 100 or so nonprofits that attended the Kutak Rock seminar learned that the ACA picture is still evolving. All of the rules and regulations have yet to be promulgated and approved. Nonetheless, the lawyers advised the nonprofit employers to start looking at their health insurance coverage options and assess whether what they currently offer will or won’t fit the strictures of the ACA.

Some provisions of the ACA go into effect in 2014, such as the penalties for employers with greater than 50 full-time workers that fail to offer affordable health care insurance (maximum penalty: subtract 30 from the number of employees and multiply by $2,000). Other penalties for noncompliance take effect earlier, such as a withholding of an additional 0.9 percent from the paychecks of employees earning over $200,000. In March, employers are supposed to notify employees about the health exchanges, but that is a picture that is also evolving, as some states are developing their own exchanges and others are handing off this responsibility to the federal government.

Perhaps the nonprofit trade associations are already closely monitoring the emerging ACA regulations, informing members about impending deadlines, and offering assistance to small nonprofits that might lack the wherewithal to navigate the health insurance environment. We ask NPQ readers to tell us which nonprofit trade associations are giving them information about their obligations, benefits, and risks under the Affordable Care Act and what questions still seem to be unanswered or unanswerable.—Rick Cohen