Are the Celebrity Trustee Fees in This Charity Kosher? 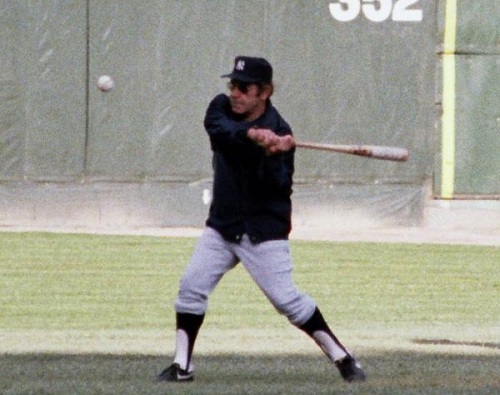 This month was Yogi Berra’s 88th birthday, and I don’t know of a more beloved former baseball player. He’s considered a treasure in his hometown of Montclair, New Jersey. However, a reader sent us a tip about Jewels of Charity, a Type I Supporting Organization, with seven listed trustees, one of whom is Lawrence “Yogi” Berra. The others, according to the charity’s 2011 Form 990, include actress Olympia Dukakis, Theodore Mann (the late co-founder of the Circle in the Square Theatre), Rose Patek, her son Christopher Patek and her daughter Debora Durkin, and Robert Campbell.

What struck the NPQ Newswire reader who provided the tip were the significant trustee fees paid to all of the charity’s trustees, especially in comparison to its relatively small grantmaking. Here’s the information drawn from its Form 990s about the charity’s grantmaking and its trustee fees over the years, portions of which have annually gone to Berra, Dukakis, Mann, and Patek and her children:

Our tipster’s concern is that the trustee fees look relatively large and remain stable from year to year, compared to a small number of grants and limited grantmaking. The typical level of annual trustee compensation runs $35,000 for 10 or 20 hours of work per week.

Is this legal? Is it appropriate? Although Congress toyed with limiting individual trustee fees a decade ago, and a number of foundations have gotten into trouble over the years for failing to adhere to tax code requirements that trustee fees be reasonable and not excessive, there is no specific dollar limit on trustee fees, nor is there a limit on the ratio of trustee fees to grants or to expenses. Nonetheless, it is within anyone’s right to question foundation trustee fees.

What makes these particularly interesting questions is that Jewels of Charity isn’t a typical public charity or private foundation, but a supporting organization established, according to its 990 filings, “to promote the development of the arts and medical sciences by making grants and distributions to supported organizations.” Given its support of a limited number of generally predetermined organizations, its operations are in theory more mechanical than those of a typical grantmaker. The recipients of the Jewels grantmaking between 2002 and 2011 have been as follows:

The Patek family is involved in other grantmaking foundations. Rose Patek had a very small foundation for making tiny grants to religious and other charities through 2008, when it filed its last 990. Rose Patek, her daughter Debora, and her son Christopher are also listed as compensated trustees of the Stephen and Mary Birch Foundation, which from 2003 to 2006 gave the Yogi Berra Museum $1,713,000, plus $778,000 to Circle in the Square between 2003 and 2008 and $613,000 to the Cancer Institute of New Jersey between 2006 and 2009. The Pateks are well compensated for their work at the Birch Foundation, as indicated in this chart drawn from the foundation’s 2011 Form 990:

Supporting organizations like Jewels of Charity have been an obscure piece of the nonprofit grantmaking infrastructure of our society. According to the IRS, “Type I supporting organizations are operated, supervised, or controlled by the supported organization.” The close relationship between Jewels and its supported organizations is to be expected. However, the notion of paying trustees for relatively little work is concerning. What exactly are the trustees of Jewels of Charity doing for 10 to 20 hours each week to earn their $35,000? Circle in the Square, the Cancer Institute, and the Yogi Berra Museum are all presumably reputable and useful charities. But do the trustees of its Type I supporting organization all need to be paid?—Rick Cohen