The Days of the Giant Check are Numbered 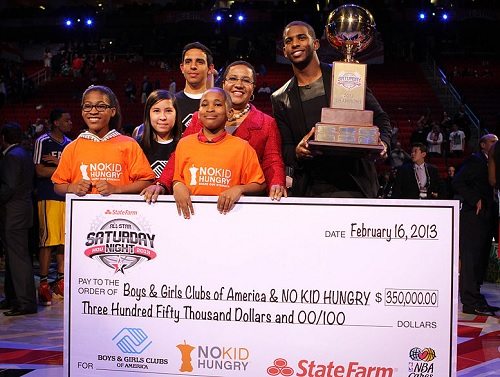 There are certain rituals and artifacts that we all grew up with as a part of corporate philanthropy, and one of those is the presentation of the giant check, anchored on either side by a company CEO and a nonprofit exec. But Michael Norton, an associate professor at Harvard Business School, suggests in an interview that some of these familiar visual touchpoints may be disappearing in favor of new and more sophisticated processes that engage workers and provide them with decision making over the beneficiaries of their giving. Among the “innovations” he cites are options for employees to set aside monthly amounts for giving, employers matching staff donations, and employers and customers being invited to nominate charities for companies to support.

He describes this as follows: “Imagine getting an email from your employer that says, ‘Here is some cash, feel free to give it wherever you want,’ then going to a website where you can give to one of several charities that the company is supporting. It’s a kind of ‘prosocial’ bonus in addition to the more traditional bonus many companies give their employees.”

Only the last appears particularly innovative, since United Way Campaigns have long provided ways for people to designate who the recipients of their gifts will be, and matching gifts are decades old. However, the point Norton is making is still largely valid in that there is clearly a different contract between employees and employers—one less long-term and secure—and this bleeds over into styles and reasons for workplace charity. Norton, however, links these trends to studies on the value of emotional connection when giving. He also comments on them as a response to surveys showing Millennials wanting to do good for others as much as they want to buy things for themselves.

Will nonprofits get excited about the concept? Norton comments that, “Charities aren’t always excited about these innovations, because if you had a relationship with a company for many years, you are accustomed to getting a regular lump sum. New approaches really open up the door for employees to give to many different causes, complicating matters…. Many companies try to balance these issues with a hybrid model. The CEO doesn’t just pick one cause, but allows the employees to select, say, five charities. Employees still feel empowered to give where they want, but those five charities still receive a significant lump sum that they can count on.”—John Godfrey and Ruth McCambridge