Are You Confused about What a Prospect Is? 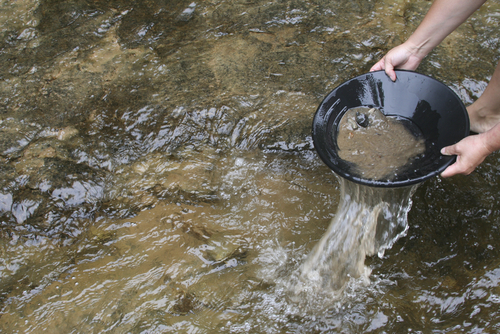 Here’s what I think a prospect is: an individual, business, or some entity that has demonstrated an interest in your organization, your mission, or your cause. In some way, that individual raised her hand expressing interest.

For example, a subscriber to your theatre or symphony is automatically a prospect for giving a gift. He attends your performances regularly. He’s interested. Now explain how the ticket purchase only covers a part of the performance. Do you think a person who has attended your performance once is a prospect? Hmmm… I’d try to get them to buy more tickets before asking for a contribution.

Here’s another example: someone asks to join your mailing list in order to receive your announcements. The person just gave you permission to market to her. I think that makes her a prospect after some relationship building.

I think that lots of fundraisers and their board members mistake a prospect for a suspect. A suspect. Honestly, how nasty sounding is that?! I suspect that you might be interested in my organization’s cause, but I’m not sure yet. I suspect you might be interested because you have interests that align with my organization’s cause. I call them “the predisposed:” an individual or business or some other entity whose interests and actions suggest a possible inclination or susceptibility to my organization’s mission. It’s my job to qualify you as a prospect – or leave you alone.

For example, I’m the founder of the Women’s Fund of Rhode Island (WFRI). WFRI is a social justice organization fighting to level the playing field for women and girls. When I founded the Women’s Fund, I asked myself, “Who might be predisposed to this kind of work?” And my answer was donors to domestic violence shelters and Planned Parenthood and supporters of progressive political action groups like Emily’s List and MoveOn.org.

So I looked at public donor lists from those organizations. And I visited the Federal Election Commission website (where I found out that I was the largest donor to Emily’s List in Foster, R.I.). I prepared a list of the people that I knew on those lists, because I thought they might be predisposed. Then I invited them to an introductory gathering about WFRI. I told them I would not ask them for money and I didn’t.

I don’t choose to ask the predisposed for a gift. First, I qualify them as prospects – or not. And if the predisposed then raise their hands as “interested,” then I call them prospects. And I have permission to market to them. Then, when I’ve determined that they are ready to be asked, I ask. By the way, read Seth Godin’s books, Permission Marketing and Tribes…that’s what we want our donors to be.

To review, consider this handy-dandy outline of steps: