Artists Rebuild Detroit from the Ground Up 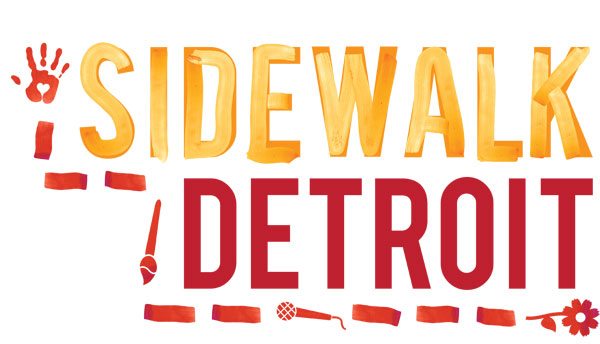 When reading about community rebuilding in Detroit, the focus is often on high-profile efforts, such as the massive investments by billionaire Dan Gilbert, but, as Brian Boucher writes in Artnet News, a lot of smaller, arts-based, community-led efforts are making tangible differences in Detroiters’ lives.

For example, Boucher reports, “Sidewalk Detroit ​is pairing​ artist​s​ with residents​ to create artwork and infrastructure in Eliza Howell Park in Detroit’s Brightmoor neighborhood. Meanwhile, on Detroit’s North End, Oakland Avenue Urban Farm, “founded by Billy and Jerry Hebron, who previously worked in real estate, the project brings together several local organizations: the architecture firm Akoaki, art and music venue One Mile Project, and the nonprofit Center for Community-Based Enterprise.” [Disclosure: I am a board member of the Center.]

Boucher elaborates that Oakland Avenue is developing into “a five-acre complex that will integrate housing, urban farms, a hostel for visiting artists, and an art venue.” The initiative won a $500,000 creative place-making grant from ArtPlace America about a year ago. Boucher adds that, “Seeking to establish a strong and lasting foothold, the organizations have worked together to buy up plots of real estate and turn them over to a community trust. The existing gardens provide produce that Oakland Avenue sells to workers at the local Daimler-Chrysler plant, where healthy food is scarce, and to the city’s open-air Eastern Market.”

Yet another innovative effort is American Riad.  Developed by the Ghana Think Tank, the idea, writes Boucher, is to look “to people in places like Sudan, Cuba, and Iran to help solve first world problems.” Boucher adds:

The group was founded in 2006 by Christopher Robbins, John Ewing and Matey Odonkor; Maria Del Carmen Montoya joined in 2009. They surveyed Westerners who they say complained of feeling disconnected from their neighbors. In response, Moroccan consultants offered a solution, pointing out that their own living structures are often centered around a courtyard where one inevitably crosses paths with one’s neighbors.

Boucher highlights other artistic interventions as well. At the Detroit gallery What Pipeline, Boucher notes that, “artist Pope.L is selling bottles of lead-poisoned tap water from Flint, with all proceeds going to provide clean water for the city, recasting Detroiters into the role of saviors rather than the saved.”

“Speaking to a group of visitors at local arts venue One Mile, on a tour of the city organized by the nonprofit Culture Lab Detroit,” Boucher adds, “architect Anya Sirota mentioned that they all heard warning bells when a Craigslist real estate ad used the venue as a selling point … As a result, the artistic community is trying to think long-term, said Sirota, and buy up land to donate to community trusts, so that no one can cash out to the detriment of locals.”  Residents, Boucher writes, are looking to develop community benefits agreements as one strategy to ensure that development, when it does occur, benefits current residents.

“The city’s future and viability for working citizens may depend on such innovative arrangements. Many locals say that for a revival to happen, the city needs to develop industries to replace the careers lost with the collapse of the auto industry,” Boucher adds.

Local art dealer Gary Wasserman of Wasserman Projects, a contemporary art venue in the Eastern Market neighborhood, warns against romanticism. The new Detroit that is emerging, Wasserman assures us, will be very different from the old. “This is not a ‘renaissance’ story… This is not going to be the Detroit of the 1950s, so rid yourself of preconceptions. There will have to be some new model of a city.”—Steve Dubb