Berea, “the state-designated ‘Folk Arts and Crafts Capital of Kentucky,’ attracts visual artists, ceramicists, and traditional craftspeople just like Nashville lures country musicians,” writes Ivy Brashear in Next City. Officials count 40 galleries in a city of fewer than 20,000 people that Brashear nonetheless calls “a rare growing, thriving city in a region that’s confronting steep population decline and rising rates of joblessness due in large part to the collapse of the coal industry.”

Since 2010, the population of the city has grown by nearly 12 percent, making it one of the fastest growing places in the state…With new people and businesses moving in, the city’s unemployment rate is four percent, compared to a statewide rate of five percent and a rate of seven percent in nearby communities.

“It’s difficult to make a direct connection between any one economic strategy and growth, but local officials say that their investment in building an arts economy has paid off because it gives people a reason to stay,” reports Brashear.

Public funding is one piece of the puzzle. In 1982, the City Commission passed a 3 percent hotel/motel tax and started a tourism commission. The Knoxville World’s Fair provided an incentive to do so. Revenues, however, were modest, climbing from $39,000 in 1982 to $120,000 by 2004. By the mid-2000s, the city was using general fund revenues to increase the tourism commission’s total budget to $300,000.

Resources to support the city grew dramatically in 2007, when Berea raised its property tax from 3 percent to 10 percent and instituted a restaurant tax. The combined hotel and restaurant tax raised $918,000, more than a sevenfold increase from the prior level of $120,000. Today, the tax brings in $1.4 million in revenue to support the arts community.

The increased budget, notes Brashear, enabled the Tourism Commission to hire full-time staff. The additional money also allowed the city to pay for advertising, which helped increase tourist numbers. Investing in the arts has proven an effective economic strategy. Berea Economic Development Director Danny Isaacs notes, “[Economic growth] goes back to building on what you have and what you’re known for. For Berea, the natural choice was arts and crafts. It’s been a part of the cultural fabric in Berea for longer than any of us have been around.”

Still, advertising alone was not enough. In 2011, city government commissioned economist Michael Shuman to conduct a study on how the city could boost its local economy. Shuman noted that unemployment in the city at the time was still 6.9 percent. He believed that,

Berea’s existing reputation as an arts center could be built upon. The Artisan Center’s role could be ramped up, tours of working-artist studios could be created, and arts-in-the-curriculum programs for school children could be expanded. The Chestnut Street connector proposal offers a way to fill empty lease space between the Old Town and College Square arts districts with galleries and working-artist studios.

In his recommendations, Shuman proposed that the city support not only local art, but also local energy, local food, and local investing infrastructure.

Partly in response to Shuman’s report, in 2013, the city decided to deepen its investment in the arts by supporting business training and support for working artists. The Berea Artist Accelerator, a 16-month artist training program, enrolled its first class of five artists in 2014. As Brashear describes it, “The program provides work and gallery space in a renovated casket factory in Old Town called Gallery 123. It also provides business training and a monthly stipend to help artists stay on their feet until they can hopefully start their own business someday. The Artist Accelerator program has graduated 18 artists since 2014, and in the fall, enrolled a new class of three local artists.” The nonprofit Mountain Association for Community Economic Development (MACED), a local community development financial institution, has supported the effort since its launch by providing access to technical assistance and small business financing.

Kerri Hensley, the executive director of the Berea Tourist and Convention Commission, notes that “None of [the artists] lack talent but they may not have experience in the business aspect.”

Herb & Willow is one of the success stories of the Artist Accelerator program. Part coffee shop and part art gallery, it provides a place for local artists to display and sell their wares. According to a 2016 article in Fast Company, it has not only helped support the growth of the local arts community, but been a hub for the local food movement as well.

Isaacs, too, emphasizes that artists aren’t the only ones to benefit, as some of the more successful businesses to arise out of the technical assistance programs have been food businesses. “What we’re not seeing is the next McDonald’s franchise operator coming out of one of our business training programs,” Isaacs says. “But you are seeing someone who wants to embrace local foods and someone who has an appreciation for local art, and it all just kind of fits together.”—Steve Dubb 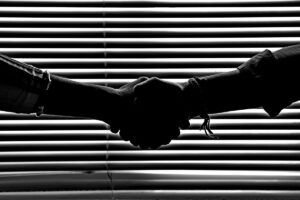