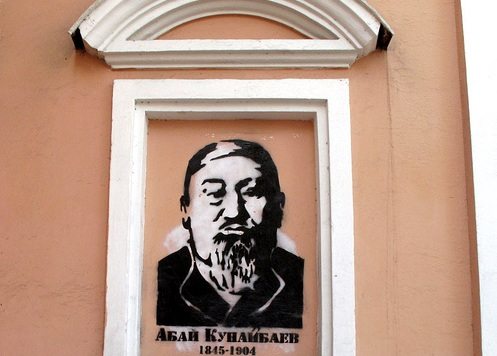 Police brought the Occupy Abai encampment in Moscow’s Chistiye Prudi area to a quick close early Wednesday morning. Police dispersed the Occupy Abai protesters several hours before a court-ordered deadline that had been issued in response to local residents who allegedly wanted the Russian occupiers evicted.

Although removed from the foot of the Kazakh poet Abai Kunanbayev, the Occupy Abai protesters gathered at the Barrikadnaya metro station, which appears to be the protesters choice for a post-Abai “collection point.”

On Sunday, several thousand people, led by well known writers, had marched in solidarity with the protesters to the Occupy Abai site. In a nation that reveres poets like Abai, the symbolism of writers and activists gathering under the Kunanbayev statue to read and reflect on the poet’s freedom-oriented literature may have been too much for the Putin regime.

Voice of America cites Maxim Trudolyubov, editorial page editor of the newspaper Vedomosti, describing the Occupy movement as part of an emerging Russian civil society that is reflected in the protesters’ ability “to organize—to produce mass events, rallies, walks, accomplish projects.” This is the meaning and importance of civil society, whether in the U.S. with the Occupy Wall Street movement or in Russia in Chistiye Prudi. Once people discover their voice—either as the 99 percent discovering that they have the ability to speak with power to the one percent, or as Russians able to dispute the Putin election—the authorities will find it is very difficult to put the genie of civil society back into its bottle.—Rick Cohen