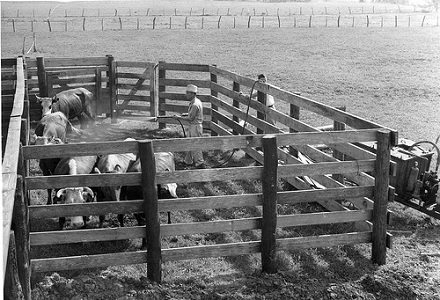 Who doesn’t know the meaning of the four Hs in the 4-H movement—head, heart, hands, and health? 4-H programs operate in every U.S. state and, through the International Farm Youth Exchange, in 81 countries. Earlier this year, for example, Global 4-H received a $1.5 million grant from the Bill & Melinda Gates Foundation to create 4-H programs in Sub-Saharan Africa. It shouldn’t be surprising, then, to learn that despite the withdrawal of U.S. troops, 4-H is staying in Iraq. There are currently 4-H programs in each of Iraq’s 18 provinces serving some 3,000 Iraqi youth.

Originally brought to Iraq by a USDA employee, Mary Kerstetter, who initially wanted to help women develop their dairy-management skills, the emphasis in Iraq’s 4-H programs has been on positive youth development. In the Baghdad chapter, part of the curriculum teaches “how not to hate each other” and anger management skills. The result, says Kerstetter, is that the 4-H participants “are accepting each other as normal people.”

The first precursor to 4-H started in Clark County, Ohio in 1902 and expanded with a number of 4-H clubs a decade later. The clubs were effectively established as a national movement in 1914 with the enactment of the Smith-Lever Act, which created the U.S. Department of Agriculture’s (USDA) Cooperative Extension Service, the 4-H movement of connecting families and kids to practical, hands-on agricultural training.

The implication of this Education Week article is that there is nothing else like 4-H in Iraq as a resource for young people. Sharing USDA farming techniques to the accompaniment of youth development sounds like it could be a more positive approach for the U.S. in the Middle East than the posture of leading with military engagement.—Rick Cohen