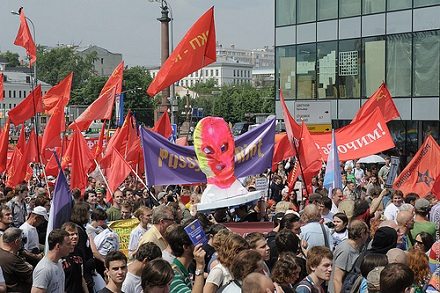 Apparently, the European Union (EU) is going to continue to make noise about what is now widely perceived as the Russian government’s increased stifling of dissent. In a recent plenary speech at the European Parliament at Strasbourg, Catherine Ashton, the EU diplomatic chief, declared that the EU will continue to give grants to NGOs in Russia because “the EU has a strong interest in a stable, prosperous and democratic Russia” but that the NGOs will not be acting as “foreign agents” for the EU. This is in reference to a recently passed law in Russia that requires NGOs funded with foreign money to register as foreign agents.

Ashton generally expressed concern about the health of Russian civil society, saying, “Taken together, the package of legislation limiting the freedom of assembly, restricting NGOs, curtailing the freedom of the Internet, the Pussy Riot case… constitutes a trend that is of very serious concern to the European Union.”

NPQ wrote about the he Pussy Riot case here and here and the law in question here. –Ruth McCambridge