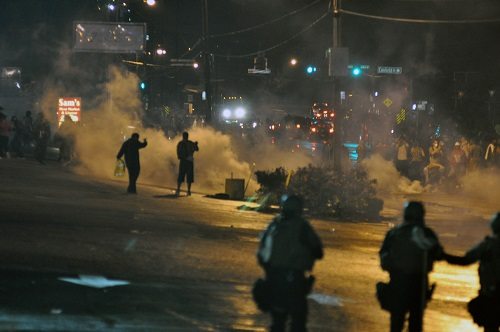 Ever wonder whether all the announcements of this program or that program reach the people in need? The results so far from Ferguson ought to raise serious questions.

On December 3rd, KSDK-TV’s Jeremy Jojola wrote in USA Today, “Three months after the federal government announced emergency funding for businesses affected by civic unrest following the Michael Brown shooting, only one business has qualified for a ‘disaster’ loan.” That’s one approved SBA loan out of 20 applicants. Of the 19 rejected, ten got shot down because of bad credit and nine were delayed due to Small Business Administration requests for additional paperwork. The one that was approved got all of $4,500.

When the federal government offered the SBA access loans, we would guess that few people anticipated the gap between the reality of the businesses’ needs and the minimal response they might get from the SBA. Now, with the additional damages that occurred in the wake of unrest after the grand jury decision, no one should be surprised. For example, after the civil unrest that greeted the non-indictment on November 24th, Zisser Tire and Auto, a family-run business, sustained $200,000 in damages. However, at least for the business damages suffered after the shooting in August, the Missouri department reported only 30 claims filed between August 10th and September 3rd for claims adding up to only $250,000. It isn’t clear, but our guess is that the Missouri government’s accounting of insurance claims is a major underestimate, as it appears that many businesses were carrying much less insurance than their inventories were worth and the numbers may not include lost business income from the days or weeks the businesses were closed.

The SBA money is loan money, and for small, marginal businesses, absorbing loans may be difficult under any circumstances. Apparently, there’s no FEMA money because FEMA assistance doesn’t cover civil unrests, and other funding may not be accessible due to Ferguson’s small size (21,000 population—too small, for example, to be a Community Development Block Grant entitlement community). That has led some Ferguson businesses to turn to crowdfunding, where they have raised some $450,000, including $268,000 from 8,260 donors on GoFundMe for Natalie’s Cakes and More.

KSDK published this map of businesses damaged by fires after the Ferguson non-indictment announcement: 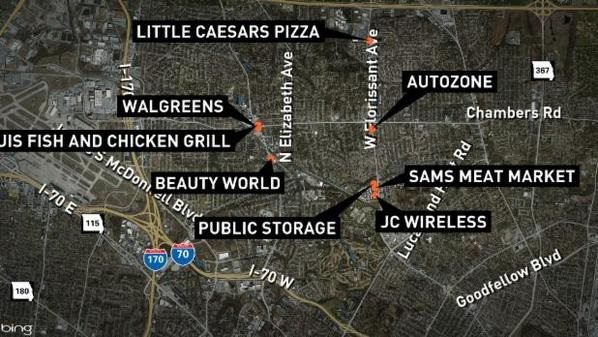 We have no way of determining whether this map shows all the damage that businesses might have suffered in the civil disturbances (for example, materials and goods lost through looting), nor can we assert that this map also includes businesses damaged back in August. What is clear is that long-suffering Ferguson will continue to suffer as local businesses, including locally-owned businesses, find themselves hard-pressed to qualify for Small Business Administration loans, cut out of FEMA assistance, distant from access to CDBG assistance, and compelled to turn to crowdfunding to find ways of rebuild.—Rick Cohen