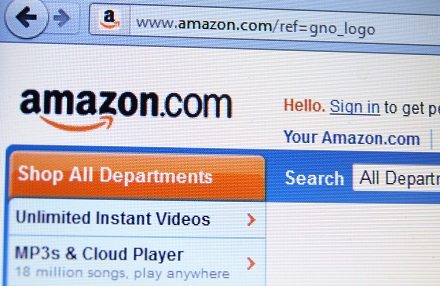 Since incorporating in the state of Washington in 1994, the online retailer Amazon has grown into an e-commerce powerhouse with sales exceeding $48 billion last year. This earned Amazon $631 million in profits in 2011 and a market value of $78.7 billion, according to research by the Seattle Times. Yet the Times takes Amazon to task for a general lack of involvement in the community by nearly every measure imaginable, including a comparatively small amount of contributions to local charities.

The lack of a giving culture at Amazon is perhaps best exemplified by the efforts of Kintan Brahmbhatt, Amazon’s product head for its IMDb Everywhere initiative, who is quoted as saying, “I kind of tested the waters [of encouraging a more involved culture of giving back at Amazon] by asking around and I got a sense it’s not worth pursuing.” Kintan, passionate about fighting poverty in developing countries, decided to take matters into his own hands by having a charitable contribution automatically deducted from his paycheck. In a Dickensian twist, he found that employees who do so are charged a six percent fee to help cover the costs for the company that processes these donations for Amazon.

In Amazon’s defense, Ed Lazowska, a University of Washington computer science and engineering professor, notes that the company is operating on margins that offer little room for mistakes, unlike more clearly sturdy tech businesses like, for example, Microsoft. And perhaps it should come as no surprise that Amazon has been something of a disappointment to many of its nonprofit neighbors in Seattle given that founder Jeff Bezos has publicly questioned the importance and effectiveness of philanthropy on multiple occasions, previously telling the Times, “Our core business activities are probably the most important thing we do to contribute.”

So for the sake of argument, let’s assume—sadly—that appeals to altruism don’t hold water at Amazon. How about that aspect of philanthropy that contributes to an organization’s basic self-preservation? Keep in mind that this is a company whose business model is based on the competitive advantage enabled by offering most customers the opportunity to purchase goods without coughing up the sales tax that they would need to pay in their local stores. It wouldn’t take much for some enterprising legislators to introduce a bill to reclaim some of this lost revenue by mandating that online retailers conform to the same tax rules as physical shops (as some states have already done). If that ever comes about on a wider scale, Amazon might have a serious fight for its life on its hands, and it would be well served if it didn’t have to go into battle alone. For Amazon, the question might not be whether it can afford to engage in corporate philanthropy and other bridge-building community activities, but whether it can afford not to do so. –Mike Keefe-Feldman