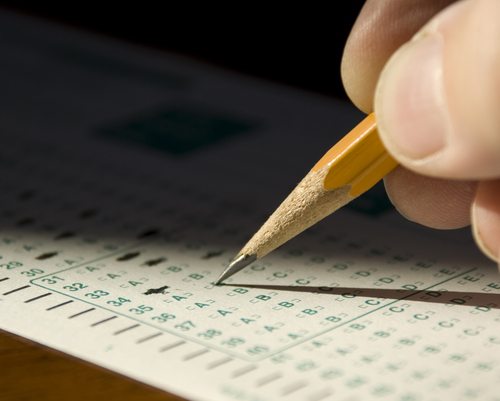 Twelve Atlanta Public Schools (APS) educators are standing trial for an alleged cheating conspiracy on state-administered high-stakes tests. The case has entered its second week, with prosecutors advancing case theories based on manipulating student test scores. The trial is grounded in part on the Georgia Racketeer Influenced and Corrupt Organizations (RICO) statute. It may last three months, given the complex nature of RICO, the prosecution’s theories of the case, the number of defendants, and the credibility of testifying witnesses previously granted plea agreements. The unique nature of this case provides many opportunities to attempt to leverage “blame” on others as culpable conduct in a factually and legally complex matter.

The multifaceted scandal was described by the Christian Science Monitor as one of the largest in United States education history, with at least 178 teachers and principals in Atlanta Public Schools cheated to raise student scores on high-stakes standardized tests. NPR reports the investigation took nearly two years and that 35 were indicted but more than half took plea deals. The New York Times identified “dozens of former employees of the school district have either been fired or have resigned, and 21 educators have pleaded guilty to crimes like obstruction and making false statements.”

The Atlantic reported (quoting the Atlanta Journal-Constitution’s coverage of Monday’s opening arguments) the alleged conspiracy to cheat had multiple motivations.

“‘This conspiracy was cleverly, cleverly disguised and the purpose of the conspiracy was this—to illegally inflate test scores and create a false, false impression of academic success for many students in the Atlanta Public School system,’ said prosecutor Fani Willis. ‘It was done to those students’ detriment.’”

It has been alleged defendants’ incentives include acting to safeguard their jobs, obtain better treatment and bonuses from administrators.

Witnesses for the prosecution have testified emotionally of the professional and personal consequences of their whistleblowing and the potential damage and harms to students.

Nonprofit Quarterly described in 2010 the initial phases of the investigation of this matter and the need for a dialogue about the importance of open government and freedom of information. NPQ correspondent Rick Cohen cited the Atlanta Journal-Constitution (AJC) on the selection of a nonprofit closely linked to the city’s top school officials to conduct an investigation of cheating on standardized tests at two-thirds of Atlanta’s elementary and middle schools. The AJC referenced a “rocky start” of the inquiry and questioned whether the process represented a fair and independent investigation.

A new survey ranks U.S. students 36th in the world. Against this backdrop, has the pressure to meet targets caused teachers to cheat? Does cheating on students’ assessment—changing of answers, removal of assessments (which evidence underperforming students)—eliminate necessary learning opportunities for students to secure services to achieve academic progress?

Atlanta Public Schools is not the only school system in the United States to be charged with cheating and inappropriate conduct. The Atlantic also revealed the pervasive nature of improper behavior in a 2013 Government Accounting Office Report where 33 states had at least one incident of school officials cheating on tests in the prior two years. More recently, an Education Week article entitled “Phila. Educators Charged in Test-Cheating Scandal” detailed how five Philadelphia educators, including an elementary principal, are facing multiple felony charges for their alleged role in cheating on Pennsylvania state exams over a period of five years.

Associate justice of the U.S. Supreme Court Louis D. Brandeis opined, “Publicity is justly commended as a remedy for social and industrial diseases. Sunlight is said to be the best of disinfectants; electric light the most efficient policeman.” As these legal matters wind through the judicial process, readers are invited to consider for themselves their perspectives on these current and emerging issues. Should the nonprofit and philanthropic sectors be involved in this national debate and matter of public trust? If so, is their role to shed light and to be a compelling voice for transparency and accountability for securing educational success for students?— Steven N. Pyser

A very lucky man and most happily married almost 30 years to my wonderful wife, Doreen. She is a talented and experienced physical therapist with a specialty in geriatrics and treating severe injuries sustained by combat veterans of all generations and branches of military service. My greatest work (for which I extremely proud) are my two children. Brandon is an ESL and elementary school teacher who has served City Year - Philadelphia (part of the AmeriCorps network for more than 20 years) and just returned from instructing students and adult learners in Barcelona, Spain. My daughter Cassidy is graduating high school in June 2015 and will be pursuing degree work to support development and sponsorship for a new nonprofit or NGO. The mission and vision will be advocating for and securing a spectrum of resources for healing and recovery of victims of violent criminal conduct, sexual and/or physical abuse between ages of 15-21 years. There is a gap in services specifically designed and deployed for this demographic." What is a dream story Steven would like to cover? "Bridging the Gap between Youth Employment and Global, National, Regional and Local Development. See workshop description I delivered at UN on February 11, 2015 as a starting point. I'm looking to scale and sustain a nonprofit or NGO for sharing best practices and application of critical thinking, decision making and problem solving tools to be deployed in global inter-generation and multicultural environments. One example of this work is described below.