Attuned to Radio: Is Your Nonprofit Getting Poor Reception? 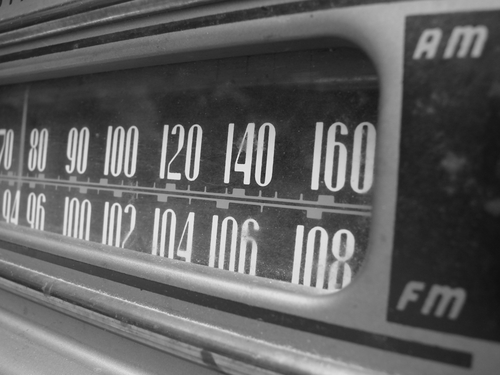 Reports of radio’s death have been greatly exaggerated. I still listen to radio and you probably do, too. It may not be conventional AM/FM radio, but even if you listen to Pandora or SirusXM, it’s still radio. Listeners of just the AM/FM dial totaled over 241 million in 2011, up five percent from six years earlier.

Despite being pronounced dead many times, beginning with the arrival of the television, and being panned by critics as old world, radio has survived for over 100 years and is poised to grow in this century, too. Nonprofits can learn a lot from what’s kept radio going all these years, and the steps the medium is taking to be relevant for decades to come.

The present and future is local. One of the reasons radio is thriving is its ability to meet the needs of local listeners and advertisers. When demand for Hispanic programming took off during the past decade, Texas alone added over 125 radio stations. Consumer demand for local causes is equally strong. The Cone Cause Evolution Study reported that 91 percent of consumers believe companies should support a cause in the communities where they do business. Social media has helped level the playing field between local and national nonprofits, and radio has taken advantage of this opportunity to seize its competitive edge. What are nonprofits waiting for?

Personality is key. Local radio hosts command attention and loyalty from hundreds of thousands, if not millions, of listeners. Still, we all have radio hosts we love and hate. The fact that radio encourages us to choose is a key to its success, and something nonprofits can learn from. Stand for something and stop trying to be everything to everyone. That may mean a few people—no, a lot of people—will turn the dial. That’s what it means to be a personality. Nonprofits should get some.

It’s not the medium. It’s the emotion. A recent study on radio mentioned the emotional triggers AM/FM has for listeners. It all boils down to one thing: radio makes people feel better, even happy! Causes can have the same impact on people. But instead of leading with emotion, nonprofits push their latest numbers and incessantly ask people for money. As an industry, nonprofits need to give people a more compelling reason to tune in.

But medium still matters. Thanks to services such as Pandora and iHeartRadio, which gives listeners access to nearly 1,000 radio stations, radio is stepping up to meet the smartphone and tablet challenge. Nonprofits have to adapt to mobile technology and target supporters where they are and where they care. If a technology that has been around for over a century can change, so can nonprofits.

Pick your battleground. Whether it’s traditional AM/FM broadcasters such as Clear Channel Communications (which is also behind iHeartRadio), Pandora or SiriusXM, radio stations and companies all know that the real battle for radio supremacy will be fought inside the automobile. Radio has a clear competitive edge in the car, compared to people’s homes, where the television and the Internet rule.

The battleground for nonprofits isn’t in people’s cars or homes, but in the hearts of supporters that will sing along until they hear something better. It’s a crowded dial. Your nonprofit’s reception better be good.

Joe Waters blogs at Selfishgiving.com. He’s the co-author of Cause Marketing for Dummies.

More about: ManagementManagement and LeadershipOrganizational culture and its drivers