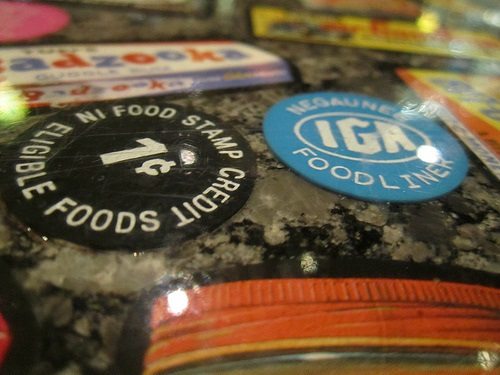 Former Lloyd Bentsen (D-TX) aide Brent Budowsky describes the Republican strategy to enact massive cuts in food stamps as the embodiment of “cruel and barbaric attacks against the poor.” It’s not clear who the role model is for Republicans looking to eviscerate food stamps, but Budowsky suggests that they consider emulating Pope Francis. Budowsky writes,

“Francis brings a powerful passion for the poor to the center of his papacy. He rejects the worldly trappings of office. He brings his message of humbleness for the ‘haves’ and hope for the ‘have-nots’ to the far corners of the world…Francis in his passion for the poor strongly criticizes ‘the cult of money,’ condemns income disparity, compares low wage labor to a form of slavery and calls for greater compassion and support for the needy.”

It is a nice thought, but it is hard to find Republicans who criticize the cult of money, condemn income inequality, and attack low wages. Witness this week’s coverage here at NPQ about the Walmart living wage controversy and the victory of home healthcare aides getting minimum wage and overtime protections.

Perhaps Budowsky was trying not to harm the reputations of Republicans currently in office, but he didn’t mention any contemporary GOP embodiments of Pope Francis’s world-view. However, he did cite a former congressman and HUD secretary, the late Jack Kemp, who “championed conservative plans to help the poor.”

It doesn’t look like House Republicans have gotten the memo. Yesterday, the House of Representatives passed the Nutrition Reform and Work Opportunity Act largely on a party line vote. The bill will cut $39 billion out of food stamps (the Supplemental Nutrition Assistance Program) between 2014 and 2023. In its first year alone, as many as 3.8 million people could lose their food-stamp eligibility.

The White House has said it will veto the Republican bill if it makes it to President Obama’s desk, though relatively understated in the press coverage is the fact that a comparable bill in the Democratic Party–controlled U.S. Senate cuts food stamps by $4 billion.

Do both parties think that reducing—either by $4 billion or $39 billion—the appropriation for food stamps means that demand for food stamps will decline, or that households without adequate food will somehow be motivated to deal with their hunger in other ways than using their food stamp purchase card? Don’t they realize that the upsurge in the number of people turning to food stamps reflects unemployment, underemployment, and low-wage working poor employment—the demand, or need, for food assistance—as opposed to some sort of supply-side analysis where more food stamps means more people discovering that they might be hungry?—Rick Cohen