Battle of the Chicken Sandwiches and Marriage Equality 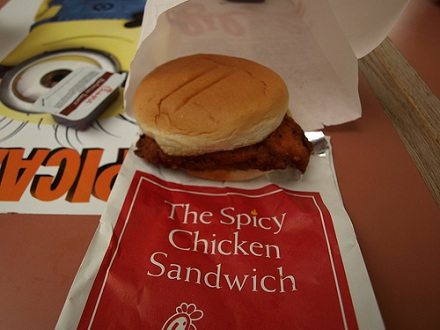 While Chicago Mayor Rahm Emanuel was taking heat from local religious leaders for recent statements decrying Chick -fil-A’s stance on marriage equality, Schnipper’s Quality Kitchen, a restaurant in New York City, was taking its own poke at the fast food purveyor that has placed itself (and at least one nonprofit, as NPQ noted on Monday) at the center of a culture war controversy. On its Facebook page, Schnipper’s declared that it will donate a portion of its proceeds to Marriage Equality USA:

“A truly good Chicken Filet Sandwich would always be in favor of Marriage Equality,” Schnipper’s wrote. “Ours is the best you’ll ever have since its made from fresh chicken breasts and hand dipped to order in our seasoned corn flour blend and buttermilk. It’s super crispy and it’s gluten free! The sandwich is tasty – Marriage Equality is timely.”

In case you are hungry and in New York City, Schnipper’s restaurants are located in Hell’s Kitchen and Madison Square. –Ruth McCambridge