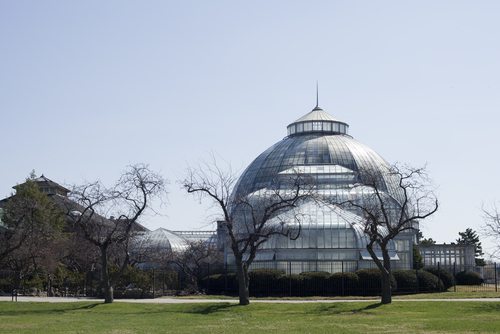 The Belle Isle Conservancy, an amalgam of four previously independent nonprofits that came together in 2011 dedicated to the marketing, use, and improvement of this distinctive city-owned park, will have to get used to a new partner. Owned by the City of Detroit, Belle Isle was suffering some of the dynamics that afflicted other resources and programs of the bankrupt city. As of February 2014, Belle Isle will be operated as a state park, the 102nd state park in Michigan.

This week, the state’s emergency loan board approved a deal for the state to operate the park, accepting a 30-year lease from the city (as opposed to the 10-year lease that the Detroit City Council favored). State officials announced that the new Belle Isle state park will have more staff and better security than it did as a city park.

“You’ll see trash picked up, buildings open, paths open,” Michigan Department of Natural Resources Director Keith Creagh explained. “We’re making sure we are providing that world-class experience to residents and users of the park. That’s what you should see right from the get-go.”

Due to the City Council’s opposition to Emergency Manager Kevyn Orr’s 30-year lease proposal (with two 15-year renewals), it took 14 months for the City to take advantage of Governor Rick Snyder’s offer to relieve the city of the administrative and financial responsibilities of the park. It isn’t clear, but Detroit Mayor-elect Mike Duggan had voiced some reservations about the deal, which may have speeded up the consummation of the lease package. Duggan and the Council were both concerned that the deal had no specific state appropriations promised for each year of the lease. Creagh said that dollar-specific future annual appropriations weren’t feasible, but the state and his department were committed to the long-term maintenance of Belle Isle as a state park.

There will be changes in the park’s operations in its transition to a state facility. DNR will require “an $11 annual state recreation passport” for park users who drive ($5 for motorcyclists), though pedestrians and people arriving on bus will get in free.

Creagh also promised extensive hiring and contracting outreach to Detroiters so the state’s transition of Belle Isle from a city to a state park would have an economic benefit to the troubled city.

During the campaign, the mayor-elect voiced some feelings that didn’t sound like he was all that enamored about the state’s takeover of the city’s financees or about the actions of its emergency manager. We suspect that city/state tensions will persist, despite Detroit’s downward financial spiral that led, in part, to the state’s takeover in the first place. If so, and if those tensions play out over changes of land uses and choices of infrastructure improvements on Belle Isle itself, we suspect that the Conservancy may want to add a new institutional functions to its website list of roles and responsibilities for the park: fundraising for capital projects, program and project implementation, research and planning, community engagement, and marketing: intermediary peacemaker between city and state decision-makers.—Rick Cohen