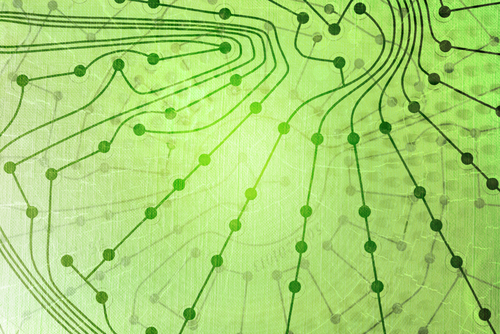 Nonprofit data geeks across the interwebs rejoiced last week with the release of the 2013 eNonprofits Benchmarks study. Any nonprofit communications or fund-development professional worth his or her salt is looking for any way to indicate whether all the great digital tools we have put to use are demonstratively helping nonprofits. Some may secretly fear there is even more hype here than in the private sector.

Fortunately, the good people at M+R Strategic Services and Nonprofit Technology Network are sharing their findings for free, and the results provide some interesting hints for nonprofits while properly stressing that a group’s own metrics matter more than outside comparisons.

The report is to be commended for its “speculator’s corner” feature, proudly providing some good old-fashioned guesswork about possible reasons for the report findings. Not everything can be nailed down to hard facts, and some informed conjecture can get the ball rolling with others to throw in their $0.02. For example in discussing the phenomenal response and click through rates enjoyed by environmental groups in comparison to other fields.

“Wait increased advocacy message volume AND increased average response rate? You read that right! This may be partly due to list source—groups that run a lot of advocacy campaigns may find that online actions are a larger source of new names and names that come in through activism could be more likely to take action again.”

The authors go on to write that bringing names in through fundraising appeals does not seem to function in the same way and in fact, they say they have never seen fundraising response rates increase year over year and they speculate this is due to the practice of  “continuing to send fundraising messages to unresponsive email addresses over long periods of time.”

The report measures e-mail click-through rates for fundraising, advocacy, and newsletters, but this does not reveal the complex relationship between them. A good nonprofit communications plan will include some links in newsletters to see which parts are generating real user engagement. The call to action in an e-mail isn’t always “call congress” or “give money,” but can often be “read more,” which perhaps a few clicks later can lead to “call congress” or “give money” after the user is more invested in your mission and your vision.

The report talks about most everything in terms of percentage growth and decline, but we don’t see the raw numbers here (to the chagrin of the aforementioned nonprofit data geeks hoping for a good Access table or two).

The report divided groups into small, medium, and large, and on average e-mail lists grew by 15%, but smaller nonprofits grew their lists at a rate of 35%. This is interesting, because last year the list growth for smaller nonprofits was recorded as only 6%, while the year before it was 43%.

The report shows that the average number of communications per month sent by participating nonprofits held steady at 4%, and open rates held steady as well, but click-through rates were down by a sharp 27%, suggesting that engagement is lower.

But even though click through rates have declined because of the growth of lists, as an absolute number, the data are suggesting an increase in total engagement—we are just picking up the late adopters, who aren’t as committed just yet. We’re getting more subscribers, but it makes sense that the first round of subscribers would be the die-hard fans—the ones more likely to say yes when we first approached them, and to say yes when first asked to give or make an advocacy call. The longer we do this digital work, the more likely we will be getting folks a little lower on the engagement ladder, and we will have to be more specific and compelling for them to move up. Our total numbers, not our comparatives, are nevertheless increasing.

It is also worth noting that not all declines are the same. As the percentage of subscribers to smaller nonprofits increased, the overall number of messages from them was lower (2.4 per month versus 4 on average for all sizes of groups) and their fundraising response rate was the highest number of the surveyed groups (0.96 versus 0.42—neither a huge number, but interesting). Correlation does not imply causation, but it is interesting that fewer communications show a higher rate of response.

The social media stats are hardest to work with in comparative rates, because the field is newer and any growth seems astronomical. The report shows a of 264% growth in Twitter followers for nonprofits (hurray!), but of course if the prior year total numbers were 10, getting to an annual growth rate like that is pretty easy (umm . . . hurray?).

However the report is sliced, more discussion about experience in the sector is helpful to nonprofits across the board. The report calls for others to join in with their experience, perhaps at the Nonprofit Technology Conference. More transparency will only help the sector as a whole do a better job reaching the right people with the right message at the right time.

Steve Boland is a nonprofit technology and operations specialist. Steve holds a Master of Nonprofit Management degree from Hamline University, and is a regular contributor to the Nonprofit Quarterly. He can be reached at [email protected] or twitter.com/steveboland.