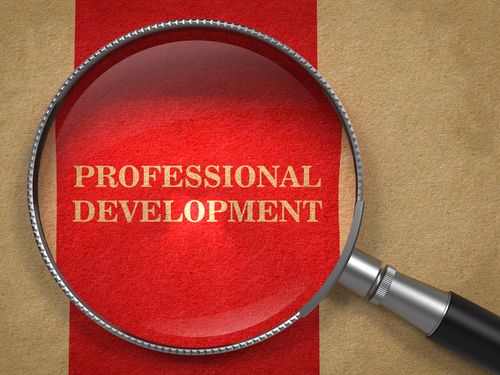 This idea about finding the right professional development opportunities for talented people in your organization makes a lot of good sense on so many levels!

Taylor Strange is director of special programs at the Center for Nonprofit Advancement in Washington, and in that position she struggled with the very common problem of the mismatch of traditional development opportunities and the needs of senior-level staff.

“You see so much available for executive directors and the man or woman at the top,” Strange said. “But it gets harder and harder for those at the senior level to find something that’s a little bit different out there. I can’t tell you how many classes, conferences, and seminars that I’ve been to, but they’re more on the basic level, and I need something a little bit higher.”

Then she took notice of what a local theater company was doing in response to the problem.

“They started sending a senior staff person to another arts organization throughout the country to shadow them, and I thought ‘How interesting,’” Strange said. “I wanted to take the idea and replicate it and tweak it a little so it’s a little more appropriate for my profession at a nonprofit association.”

And when she met Jon Pratt of the Minnesota Council of Nonprofits (MCN), the idea caught fire. After a call that included others in their organizations, Strange became a test case for an exchange that allowed her to shadow the person at MCN in the role equivalent to her own at the Center. She’ll interact with the whole organization and attend a board meeting—and then her counterpart will do the same at the Center for Nonprofit Advancement.

“I really am looking forward to seeing how they do their day-to-day work,” Strange said. “We discussed having me go out there during event time and we agreed that that’s not what the point of this is. It’s more to be there during the downtime to talk about the day-to-day work and all the functions that they have in place to handle everything that they do and really dig deep into them.”

Strange says that the organizational match is critical. “I think that the most important thing in trying to accomplish this is finding the best match, and that takes time,” Strange said. “The only way this is going to be successful is if both parties get the same amount out of it.”

This kind of exchange, done well, appears to hold great promise in terms of organizational cross-fertilization and it represents the best idea we have heard for years about how to build the experience and knowledge base of seasoned professionals.—Ruth McCambridge